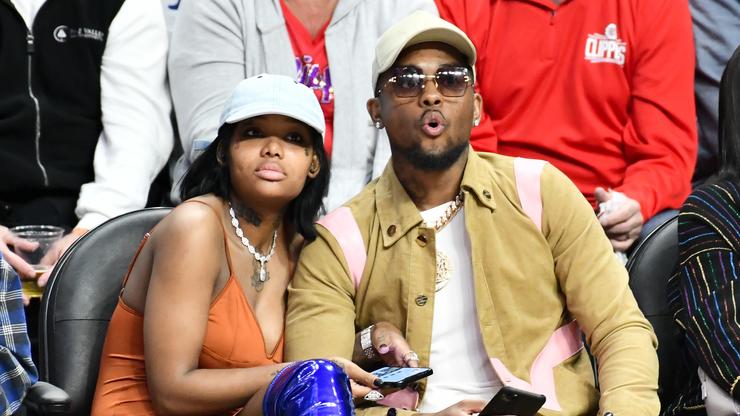 According to Eboni, the producer said he would pay her to talk trash about Summer and defend him on social media, but he never paid up.

Summer Walker is having herself a good laugh as London On Da Track’s ex Eboni Ivorii implodes on Instagram. The singer’s relationship with the mothers of London’s children has been contentious and often, we see them all arguing in real-time as they sling insults toward one another. London and Summer recently welcomed their daughter, but the celebration swiftly came to an end as the couple split. It is reported that Summer has moved on to a new relationship, but recently, a thumb-thugging war erupted online once again.

The producer’s ex Eboni Ivorii had come forward to lavish him with compliments despite having called him out previously, and on Tuesday (September 7), she returned to say the only reason she said nice things about London and clashed with Summer was because he promised to pay her.

“All that sh*t I said the other day about London was cap,” Eboni wrote. “He promised he was gone pay me to make him look good and now he’s acting broke… London thinks he can manipulate every situation he encounters. He’s a snake for sure. He got so many faces he just takes turns playing whoever whenever wherever benefits him at the time.”

Eboni went on to admit she was “dead wrong for disagreeing with Summer over a lil money that I never got.” She also told Summer that she recognizes they have their differences, but they both have to deal with “our Deadbeat ass Baby daddy.” Summer responded by sharing the messages to her Instagram Story with several laughing emojis. “A bum,” she wrote.

Then, London’s other baby mama Erica jumped in to share screenshots between her and Eboni where the two seemed to be fighting. It’s the messiest of messes. Check it all out below.