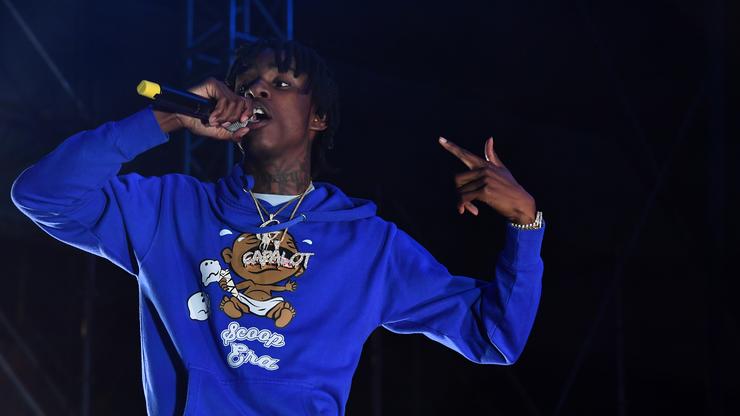 The rapper and a “male juvenile” were reportedly both taken into custody.

If reports are to be believed, Polo G has once again found himself in an unfortunate situation. The rapper has been enjoying the fruits of his successes including topping the charts with his recent Hall of Fame release. He has been dubbed one of this generation’s hottest artists, but that hasn’t stopped him from having untimely run-ins with the law.

Over the summer, Stacia Mac, Polo’s mother and manager, shared videos that showed the rapper and his entourage being pulled over in Maimi. He was detained and faced five charges including battery against a police officer, resisting arrest with violence, and criminal mischief.

While the outcome of that case is pending, TMZ reported on Tuesday (September 7) that Polo G was once again arrested. This time, Polo was reported riding in the passenger seat of a vehicle that was pulled over by authorities in Downtown Los Angeles. It is unclear why the vehicle was stopped by police, but TMZ stated that authorities decided to search the vehicle.

Police reportedly found a firearm and Polo, along with a person only described as a “male juvenile,” were both “arrested and booked on the same charge.” The rapper’s attorney Bradford Cohen has yet to issue a statement about the arrest.