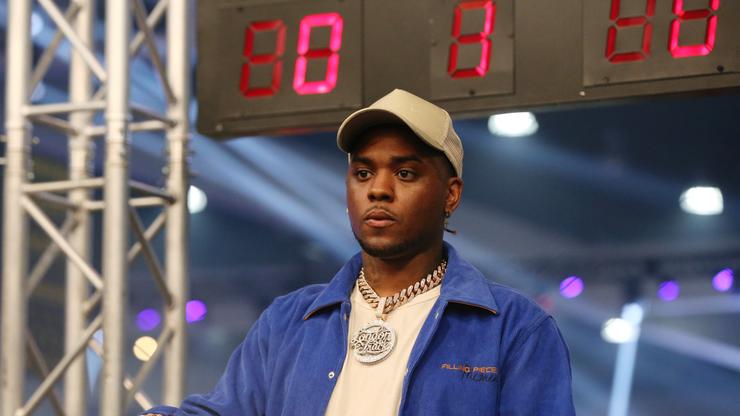 It seems as though the producer’s big present can’t make up for his absence.

It comes as no surprise that London On Da Track is once again getting dragged by his baby mama for being an absent father. The claims of his negligence have been happening throughout 2020, with her most recently claiming that he refused to buy their daughter Paris anything for Christmas or even call her.

On Wednesday night, however, it seems like London may have attempted to rectify his Christmas absence with a late present for daughter Paris. An Instagram account called Luxury Kids Car Club posted a photo of an adorable tiny white Mercedes alongside the caption “Big shout out to London on the Track. Baby pink leather interior. This g63 amg for his baby is [fire emoji].”

Paris’ mother, Eboni, then took to Instagram stories a few hours later, sharing that Paris was “never gon get that fake lil truck.” She went on to say that everything London does is a “facade,” and that she’d “let anyone slap me the day Paris sees that truck and or her daddy.” Yikes.

She also claimed that London had not seen his daughter in over a year now, despite the car post for her on Instagram. Eboni also says that while she used to blame London’s mom for his actions, she recognizes that he is soon going to be 30 and tells him to “grow up.”

London On Da Track is now expecting another child with current on-and-off girlfriend Summer Walker, so hopefully, he can step up to the plate and become a little more involved.