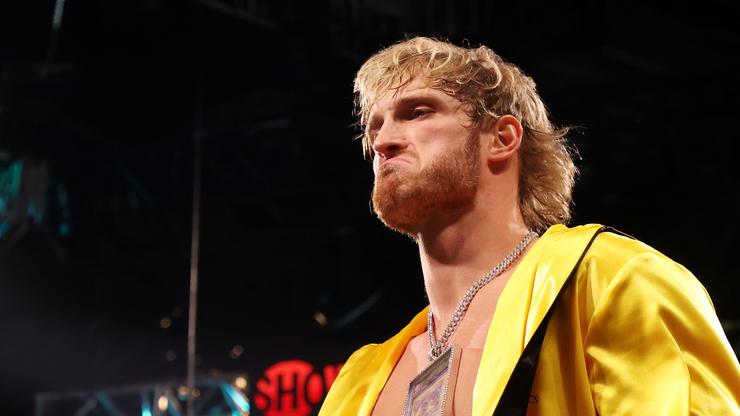 While speaking about former-president Donald Trump’s appearance as a commentator at last weekend’s Evander Holyfield vs. Vitor Belfort fight, the long-time Jimmy Kimmel Live! host grouped Trump and Logan Paul together, commenting “Who would pay to listen to Trump BS his way through a boxing match? Between Logan Paul and Donald Trump, boxing is once again the top source of income for the very worst people in the world.”

Comparing Trump and Logan Paul may have been a stretch but the joke garnered laughs and Kimmel went on with the show. Paul, on the other hand, was none too pleased to hear that Kimmel had referred to him as one of the “very worst people in the world.”

“I’m upset with Jimmy Kimmel, dude, for real,” Paul said on his Impaulsive podcast. “He said me and Donald Trump are the worst people on Earth. “You f**king a**hole,” Paul continued.

Talking about a time when he appeared on Kimmel’s show, Paul continued his rage-filled rant.

“Honestly Jimmy, fuck you bro. How are you about to invite me on a show, and have like a cordial, friendly, familiar relationship, and then a year and a half later … f**k you Jimmy Kimmel.”

Jimmy Kimmel feuding with Logan Paul over a joke he made in an opening monologue comparing the YouTuber/boxer to Donald Trump is a headline that could only exist in 2021. The crossover of late-night television, politics, YouTube and boxing is one straight out of the simulation and certainly raises the question: what side are you on here? Was Kimmel out of line to compare Paul to Trump and label him one of the “very worst people in the world.” Or was it just jokes? We know where Paul stands but what about you? Who are you siding with here? Let us know in the comments.