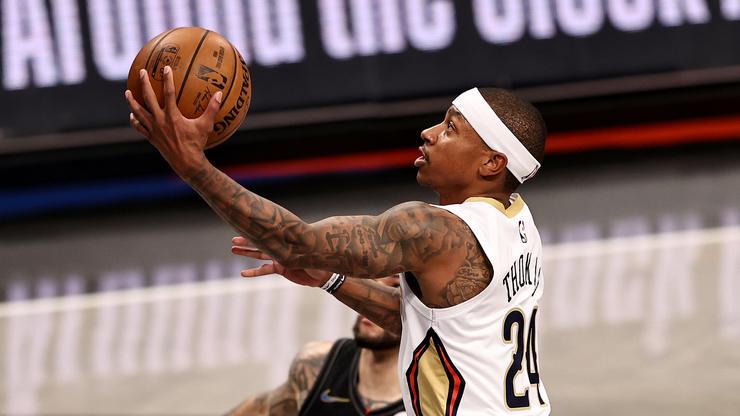 Isaiah Thomas is getting some NBA looks ahead of training camp.

Over the past couple of months, Isaiah Thomas has been an interesting figure of sorts in the basketball world. After his incredible season with the Celtics four years ago, a string of unfortunate incidents ultimately stopped Thomas from progressing in his career. Despite this, he has remained active and this summer, he has been showcasing his talents with a couple of otherworldly performances during pro-am games. For instance, Thomas dropped 65 points and 81 points in back-to-back games.

Now, Thomas is trying to turn this into an NBA gig and there are a few teams out there who have expressed interest. The Los Angeles Lakers seemed intrigued by Thomas although their point guard spot went to Rajon Rondo. Now, however, Thomas has been blessed with a new opportunity that could prove to be fruitful.

According to Hoopshype on Twitter, Thomas will now be working out with the Golden State Warriors starting next week. This is not a confirmation he has been signed. Instead, this is more of a try-out that could see Thomas get some playing time in the preseason. Steph Curry needs a backup and Thomas could prove to be exactly what the Warriors need right now.

The Dubs are looking to bounce back after two straight seasons in which they missed the playoffs. With Klay Thompson coming back, things are looking good although they could certainly use some extra help.

Stay tuned to HNHH as we will continue to bring you updates from around the NBA.