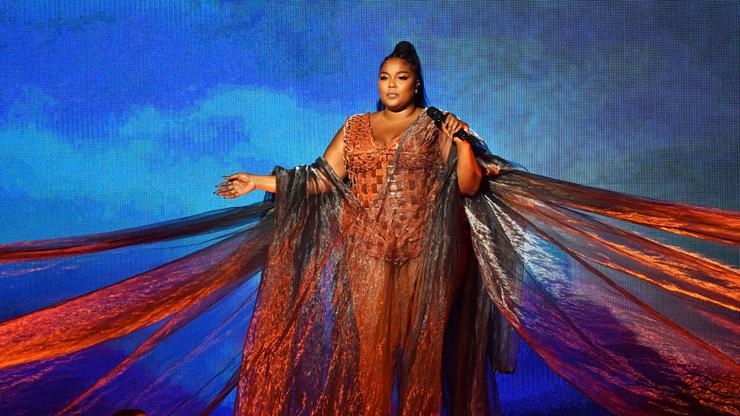 After the arrival of “About Damn Time,” on Friday, it’s likely that Lizzo is feeling on top of the world – but that’s not all that the “Truth Hurts” singer has to brag about on her very busy weekend roster.

Last night (April 16th), the Detroit native appeared on Saturday Night Live, not only as the evening’s musical entertainment, but also as the host, performing a heartfelt and hilarious open monologue, and acting in some skits before singing her heart out to her latest arrival, as well as a previously unheard song.

The skit poked fun at musical group the Black Eyed Peas, who spent 26 consecutive weeks at the top of Billboard’s Hot 100 chart back in 2009 thanks to their hit tracks “Boom Boom Pow” and “I Gotta Feeling.”

While Thompson, who takes on the role of Will.i.am sings along to the former’s “boom boom boom” beat, the actor playing their producer says, “[those are meant to be] temp lyrics describing the beat of the track.”

“Yeah, you were supposed to replace them with your own lyrics – you know, like words,” Lizzo chimed in, earning a laugh from the crowd.

Check out the Cuz I Love You hitmaker’s debut performance of her upcoming album’s titular track, “Special” below, and tap back in with HNHH later for more pop culture news updates.