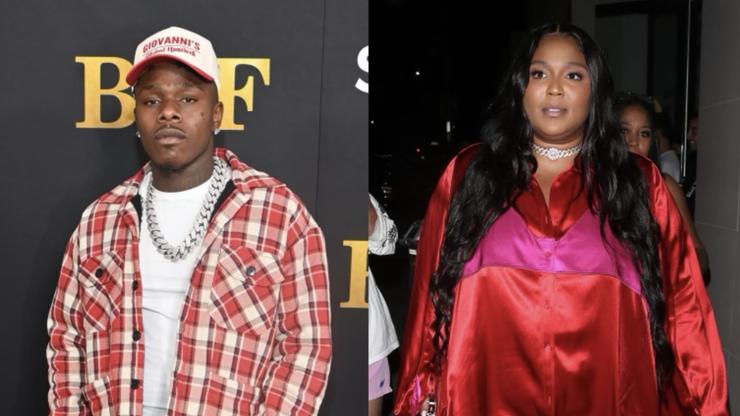 Lizzo seems to have caught DaBaby with her latest thirst trap.

If you thought you were done receiving Christmas gifts for the year, you thought wrong. Earlier today, “Truth Hurts” singer Lizzo dropped off yet another thirst trap, once again giving her Instagram followers an up-close and personal look at her behind.

“What’s under the hood?!” she captioned a video uploaded to her feed, which shows the 33-year-old looking back at it while wearing an oversized black hoodie and a teensy tiny pair of shorts that have what looks like “fake ass” written across the back.

If you follow Lizzo, you already know firsthand that she’s no stranger to flaunting what she’s got both online and in real life, constantly motivating fans and followers with her contagious body positivity. The comment section is full of people thirsting over the Detroit native, including DaBaby, who dropped off a peach emoji and a waving hand, which has caught the attention of hundreds of viewers.

“Get a job stay away from her,” one person joked with their response. “Boy if you don’t go somewhere,” another user told the “TOES” rapper, who has a history of starting controversy. Most recently, he and one of his exes, DaniLeigh got in a very public spat that saw plenty of back and forth regarding the status of their relationship and the young daughter that they share.

This isn’t the first time that Lizzo has enticed DaBaby with one of her sultry snapshots. Back in March, she posted up in Rihanna’s Savage X Fenty lingerie brand, also earning her a handful of peach emojis from the North Carolina-based recording artist. At the time, RiRi also joined in on the conversation, writing, “don’t be looking at my good sis too hard now, Da!”

What do you think of DaBaby’s response to Lizzo’s photo? Let us know in the comments.