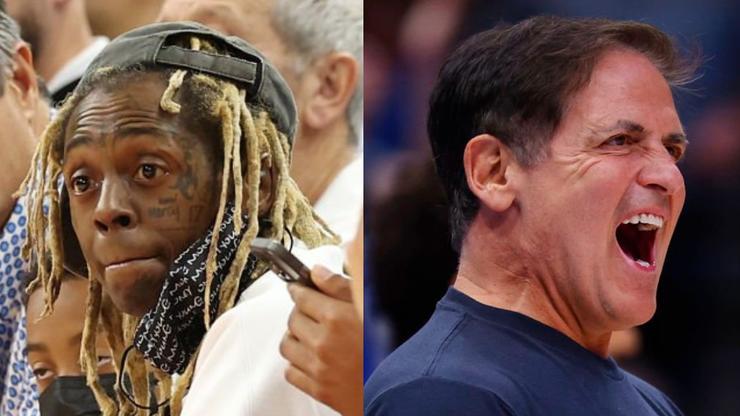 After Weezy called Luka Doncic a “ho” and the Mavs went on to best the Phoenix Suns, Cuban trolled him with his own “Uproar” lyrics.

A little bit of trolling has got Lil Wayne fired up. Weezy was front-row-center for the Dallas Mavericks vs. Phoenix Suns Western Conference semifinals, and during the series, Wayne called the Texas team’s Luka Doncic a “ho.” The basketball star would later beast over the Suns for a monumental performance that helped the Mavs take the win in Game 7.

There were all sorts of jovial commentary that came with this as NBA fans teased Weezy, but Mavs owner Mark Cuban made sure to throw in a jab of his own by using Weezy’s own lyrics.

The “Shark Tank” star shared a photo of Wayne at the game and added, “Itâs a sh*t show, put you front row.” The line is, of course, taken from Tunechi’s megahit “Uproar,” and while the rapper didn’t immediately respond, he did pop up this evening (May 17) with an unlikely reaction.

“Mark Cuban don’t make me get u smacked boy,” he tweeted. “U playin w me?? I will piss in ya fkn mouth ho.” Later he added, “Ya lil b*tch itâs up.” Both sports and music fans have been rapidly reacting to this as some have accused Wayne of taking it all too seriously while others have stood by his side. Check it out below.