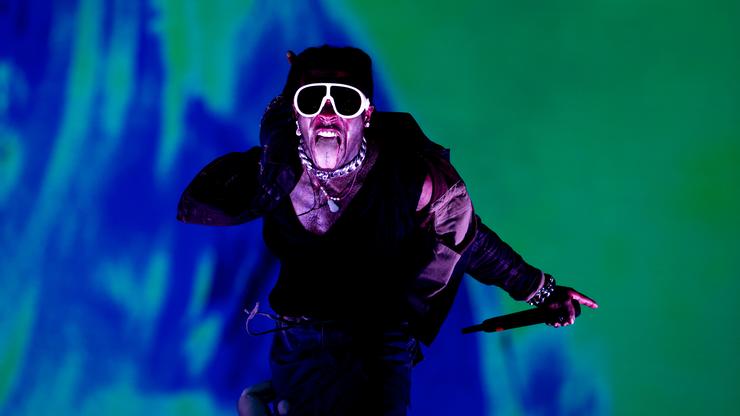 Apparently the Lil Uzi workout plan is the real deal.

Lil Uzi Vert is all about gains.

Amidst hints at The Pink Tape‘s existence and potential release, new music previews with Drake and Erykah Badu and a “Blue Notes 2” Tonight Show performance alongside fellow Philly rapper Meek Mill, it seems as if Uzi is only focused on one thing: getting shredded.

After showing off his crazy physique and insane workout routine over the weekend, doing all sorts of weightlifting and bodyweight exercises while fully decked-out in United States Marine Corps gear, the Luv Is Rage rapper was back at it yesterday, showing off an impressive 320-pound deadlift on his IG story.

There hasn’t really been any explanation behind the newfound desire to grind and get yolked but whatever’s driving Uzi is strong. In the video from the weekend, he was working out in Marines’ gear with a knife clipped to his waistband. Whether he’s getting ready for some sort of combat, Playboy Carti’s Narcissist drop or an album/mixtape rollout for The Pink Tape, one thing is clear: he’s going to be jacked while doing it.

Keep an eye out for more Uzi workout videos on his IG page and let us know in the comments — what is Uzi getting ready for?