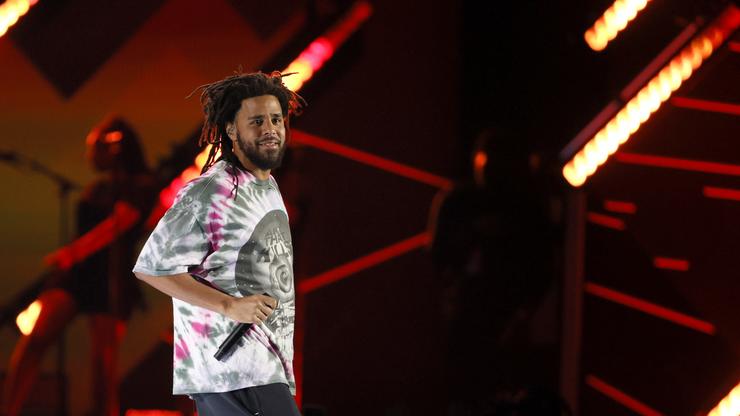 J. Cole hopped on a Drake beat and fans had something to say.

For the last handful of years, the narrative has been that there is a clear top-three in the rap game. Drake, J. Cole and Kendrick Lamar have the commercial appeal and musical capabilities to sell out arenas and have diehard fans repping their names and gear everywhere you go and still, it’s nearly a consensus that those are the top three in the game.

Lamar, who recently announced his next album will be his last with longtime label and collaborative team, TDE, recently appeared twice on Baby Keem’s debut record The Melodic Blue and swept the internet with his “top of the mornin'” bars, but has been relatively quiet besides that. Drake and Cole, on the other hand, have been making a little more noise.

Cole dropped The Off Season back in May and Drake put out Certified Lover Boy a couple weeks ago. Neither artist was featured on each other’s project, but last night, Cole dropped off a surprise for crossover fans, a quick single with Las Vegas visuals, “Heaven’s EP.” Rapping over Drizzy’s “Pipe Down” beat from CLB, Cole raps for minutes about being cut from the JV basketball team, keeping his kids out of the public eye and his place alongside Lamar and The Six God.

Rapping, “Some people say that I’m running third, they threw the bronze at me // behind Drake and Dot, yeah, them ****** is superstars to me,” the Fayetteville rapper acknowledges the narrative that it’s those three and then everybody else. And while acknowledging the subsequent narrative that he is in third place behind Drake and Kendrick (Dot), he let’s it be known that they’re superstars to him, too.

Naturally, because Cole got on a Drake beat and namedropped the Certified Lover Boy himself *and* Kendrick Lamar, fans had something to say. Chiming off on Twitter, fans reacted mostly positively to “Heaven’s EP” but as expected, there were those who needed to poke a little fun at J. Cole.

It’s a story as old as time and this time was no different. J. Cole fans love his humbleness and J. Cole detractors see it as weakness. Either way, Cole skated all over this “Pipe Down” instrumental, so much so that even Drizzy had to show love to his top-three brother, re-posting the track on IG.

Drake showed his respect for Cole but how do you feel?

Go stream “Heaven’s EP” below and let us know what you think of the record in the comments.