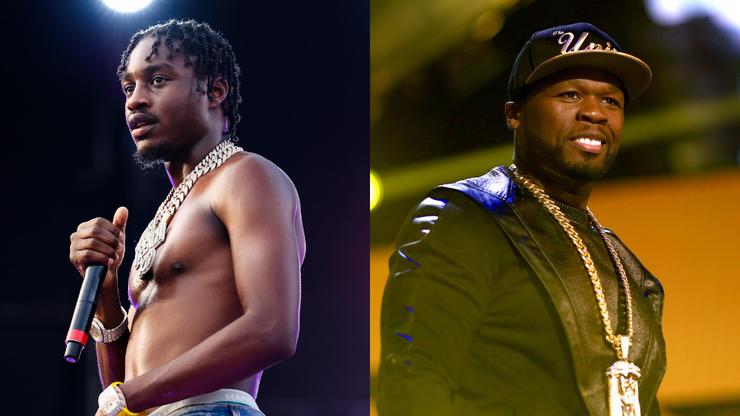 Lil Tjay shared a picture of himself with 50 Cent and referenced “Many Men” after being shot several times, earlier this year.

Lil Tjay shared a photo of himself meeting up with 50 Cent, three months removed from the recent shooting, during which Tjay was shot multiple times. Captioning the post, Tjay referenced 50 Cent’s Get Rich or Die Tryin‘ single, “Many Men,” which sees the legendary New York rapper speak on being shot himself.

Additionally, Tjay shared a TikTok video of himself singing 50’s “I’m Supposed to Die Tonight” off of his 2005 album, The Massacre. The posts have caused some fans to theorize that Tjay is planning to release a remix of “Many Men” in the wake of his own shooting.

The shooting which left Tjay in the hospital occurred back in June, but in the time since the 21-year-old has made a miraculous recovery. Last week, he shared a video of himself walking that was filmed shortly after surgery.

“The blogs said I was paralyzed and couldn’t walk,” Lil Tjay wrote in the video, which features his song, “Beat The Odds.” “But I started walking a week after surgery. I beat the odds.”

As for 50 Cent, he famously survived being shot nine times early in his career and used it as inspiration to get more serious about making music.

Check out Tjay’s picture with 50 Cent below.