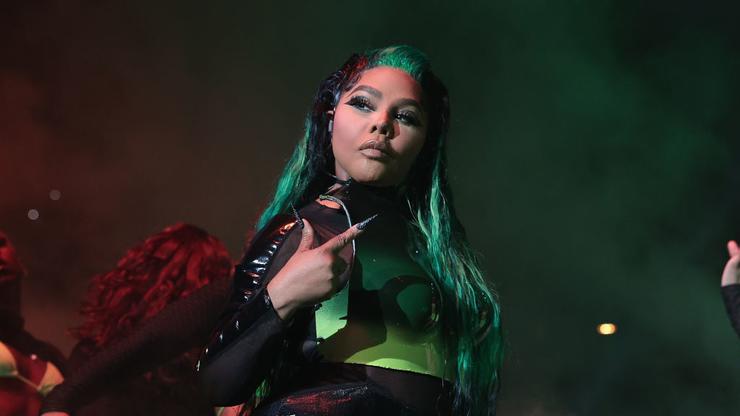 Kim says the forthcoming film will mirror her memoir– which is also set to release soon.

Nowadays, biopics are common. The films, which dramatize the life of public figures, give fans an inside look at things they’ve never seen. From artists like Tupac, Selena, and Aretha Franklin, to music groups like N*ggaz Wit Attitudes, New Edition, and The Temptations, every person in the industry has a story to tell, and biopics help them do just that.

Now, iconic rapper, Lil Kim, will be joining the long list of people who have gotten movies made about them. While hosting the celebration for Notorious B.I.G’s 50th birthday, the 47-year-old shared with The New York Post that a motion picture about her life is in the works.

When asked if fans would ever get to see how she turned into one of the hottest female rappers in the game, Lil Kim, born Kimberly Denise Jones, responded, “Absolutely.”

The “Magic Stick” artist also told the media outlet that the film will follow her upcoming memoir closely. “Oh my God,” started Kim, “Everyone’s gonna know things that they’ve never known.” It is said that the book will detail her undying love for the late Biggie Smalls as well as take readers on the journey she endured for 30 years as an artist.

As for who will play the Queen Bee in her upcoming biopic, she giggled, saying, “I don’t know, we’ll have to see.” In Biggie’s movie, actress Naturi Naughton played Lil Kim, but it is not clear if she will be doing it for a second time.

Are you looking forward to seeing the legacy of Lil Kim’s life displayed in a film?