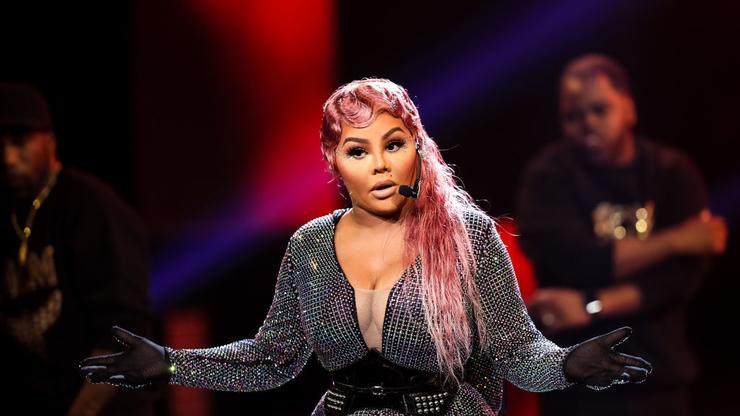 “I’m one of the most disrespected legends in the game but what you will not do is come for MY CHILD.”

Lil Kim is not happy about 50 Centcoming for her child. Following the release of Kim’s verse on Megan Thee Stallion‘s “Plan B (Remix),” many fans assumed the Queen Bee was throwing shots at her longtime rival Nicki Minaj on the track when she rapped, “Your father’s a b***, your brother’s a b****. Keep acting like this and your son ‘gon be a b****.”  Although Kim has denied that she was was referring to the “Super Freaky Girl,” 50 Cent took to Instagram to blast the Brooklyn rapper and her daughter. “She said something about the baby,” he wrote. “Her baby eye f**** up.”

Kim wasted no time clapping back at the Power creator. She responded to 50’s diss via her Instagram stories, writing, “I never said a word about anyone’s child…please feel free to listen to the song where we clearly talking about an EX.” Kim continue on, defending her eight-year old daughter Royal Reign. “To try and twist my words to have an excuse to take digs at my child is disgusting. I’m one of the most disrespected legends in the game but what you will not do is come for MY CHILD.”

50’s beef with Lil Kim has been brewing for years. Last year, he posted a performance video of his “Magic Stick” collaborator, comparing her looks and dance moves to a Leprachaun. In true Kim fashion, she clapped back at the mogul with a few digs of her own. “Ur so Obsessed wit me this is getting creepy. U fallin off,” she wrote. “Im too bad and too fly in this video u reachin now but we all know why. Can we say Obsessed with Kimmie much!”

Check out Megan Thee Stallion ft. Lil Kim on “Plan B (Remix)” and share your thoughts.