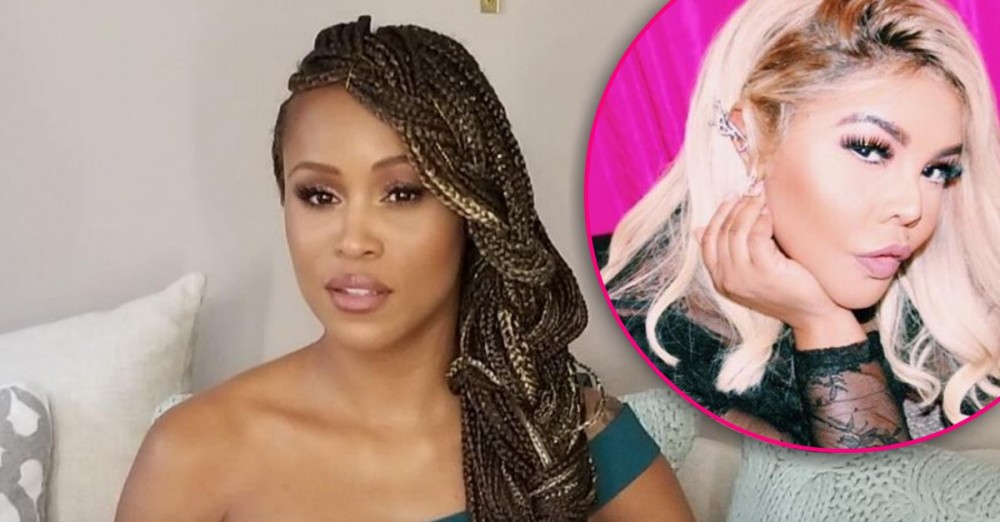 Lil Kim and Eve apparently had bad blood back when they were both tearing up the charts ― at least according to Eve. The newly minted host The Talk revealed that Kim iced her out when she was still an eager Philly upstart.

“When I first started in the business, I’d been a big, big, giant fan Lil’ Kim,” said Eve. “I just thought there was this sisterhood in the music business. So I would run up to her like, ‘Oh my God, Kim. Hey girl. I just got signed, can you please be on my album, or whatever?’ And she would just look at me disinterested] like, ‘Uh huh, yeah, ok.’”

Eve said it never really rose to the level beef, but she definitely noticed that Kim wasn’t feeling her. However, she added that the pair have chopped it up since, and everything is good between the two legendary lady rappers.

“I don’t think she hated me. I think I was so overexcited to see her,” she said. “One day, we sat across from each other, and we bonded over our dogs, we bonded over other things, and I love Kim so much now.”

Even though Eve admitted that everything was kosher, Kim still felt the need to address being aired out for stay-at-home parents, sick kids, and old folks who watch daytime television.

“Why do you girls always do this to me? Trying to make me out to be the bad guy?” Kim said on Twitter. “I don’t remember it that way at email protected] is my girl that’s my baby y’all. We are not fighting. We are real friends.”

Fittingly, Kim fered to settle things for real over a ladies night.

“We can have this debate and still cuddle on the couch and watch a movie 2gether,” she said.