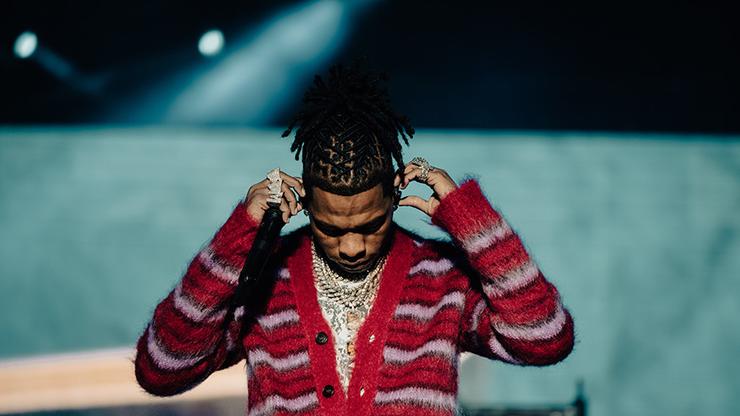 “It’s Only Me” is set to arrive in October.

Fresh off the premiere of his lauded Amazon Original documentary Untrapped: The Story of Lil Baby and his brand new single “Detox,” Lil Baby is back with another major bombshell for his fans. Out of nowhere, the Quality Control artist just officially announced his long-awaited follow-up to his chart-topping and four-times-platinum sophomore album My Turn.

Here are all of the details that we have so far.

According to Lil Baby‘s latest Instagram post, his third studio album will officially be titled It’s Only Me, and it is currently set to release next month, on October 14. In addition to confirming the forthcoming record’s title and release date, Lil Baby also shared the album’s official artwork, and fans of the Atlanta-bred artist will immediately notice the similarity that it bears to its 2020 predecessor.

Like the cover of My Turn, It’s Only Me‘s artwork features Lil Baby front and center in a serene outdoor illustration amongst wild goats and rams, but this time around, the newly minted Grammy award-winner is depicted with significantly longer hair. Lil Baby is also situated in front of a waterfall and what appears to be his take on Mt. Rushmore, but rather than the famous monument featuring multiple people, the mountainside sculpture depicts Lil Baby throughout different stages of his life.

Peep the cover art for It’s Only Me below.

“I Kno Its Been Along Time Coming,” Lil Baby said when announcing the project on Instagram, “But I’m Coming Harder And Harder …… #worththewait.”

A tracklist for It’s Only Me has yet to be revealed, but over the last several months Lil Baby has remained considerably active, dropping popular tracks such as the 42 Dugg and Veeze-assisted “U-Digg,” “Frozen,” “Right On,” and the “Pound Cake”-sampling “In A Minute.”

How are you feeling about Lil Baby‘s exciting new album announcement? Are you feeling the album artwork? And do you think it will be, as Lil Baby has assured fans, “worth the wait?” Let us know your thoughts in the comment section below, and keep it locked to HNHH for more details on Lil Baby’s forthcoming junior studio effort.