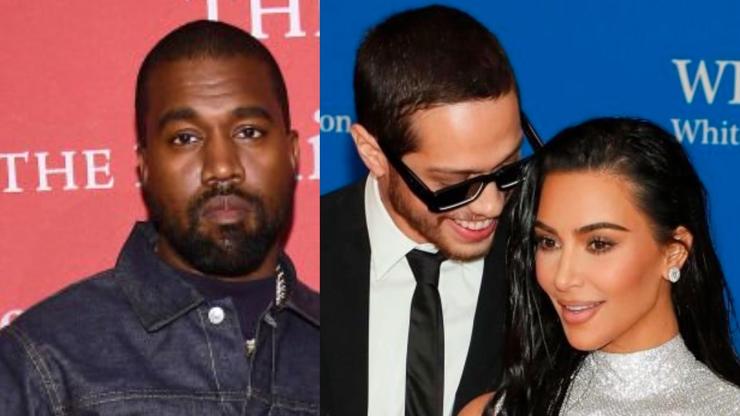 During his Instagram tirade, Ye mentioned Davidson after a blog claimed that the comedian was spending time with the rapper’s kids.

Although reports have widely stated that Kim Kardashian and Pete Davidson called it quits on their romance, a gossip blog said otherwise. Last night, Kanye West surprised the internet world by unleashing his fury on Adidas, The Gap, Kris Jenner, Sierra Canyon school, Kwanzaa, Hillary Clinton, and just about any and everyone who he considered to be an opposer.

Some speculated that his grievances with the fashion brands triggered the Instagram rants that followed, but according to Fee from GossipOfTheCity, West was actually upset because Davidson was allegedly out with the rapper’s children at a restaurant in Los Angeles.

“Kim and Pete are still messing around . They are at Cheesecake Factory with Kanye West kids,” Fee tweeted. The message was also left on Ye’s Instagram account, but according to the tea-spilling blogger, West deleted the comment. GossipOfTheCity is a blog that many celebrities fear, as it has long reported on behind-the-scenes secrets that no one is supposed to know about.

Meanwhile, during his tirade, West targeted Davidson and the reports that stated the comedian was undergoing trauma therapy due to West’s online bullying.

“Ask Pete how those tattoos of my kids doing in the trauma unit,” Ye wrote. Davidson was said to have received tattoos of Kardashian and West’s children’s names, and it isn’t something that sits well with the rapper.