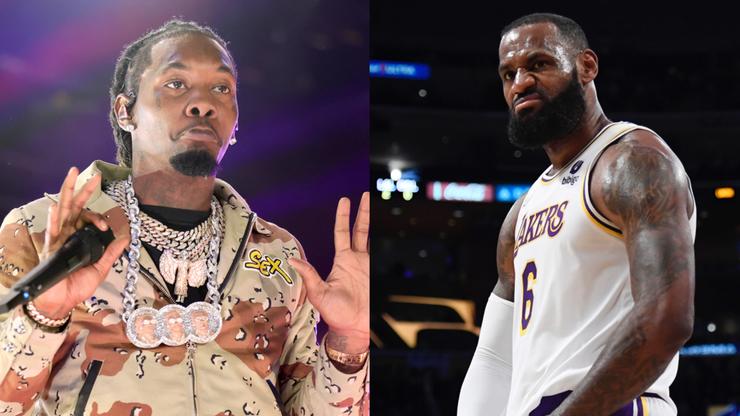 As of last week, two-thirds of the iconic Atlanta rap trio Migos are officially 30 years old. On Tuesday, December 14, Offset became the second Migos member to reach the age of 30, and a week later, the FATHER OF 4 artist is still being showered with presents from his friends and loved ones.

Earlier on Wednesday, it was reported that Cardi B gave her husband and close collaborator a gift that most people couldn’t even dream of: a $2 million check. Judging from Offset’s Instagram story, that’s not all that he got for his birthday because apparently, LeBron James also sent him an incredible gift as well.

According to TMZ, the Los Angeles Laker star gave Offset a big bottle of Lobos 1707 and a pair of all-white Nike Air Force 1s, with both pairs donning LeBron’s hand-written signature. It’s unclear from Offset’s story if there is significance behind LeBron’s decision to send him a new pair of Air Force 1s, but the four-time NBA champion’s signature is an incredibly nice touch.

The Migos rapper is a well-documented sneakerhead, so fans will have to wait and see if Offset rocks or stocks his LeBron James-signed Air Force 1s. Check out the video of Offset’s new sneakers here. Considering that no one will likely top Cardi B‘s gift of two million dollars, do you think that LeBron came through with a good gift?