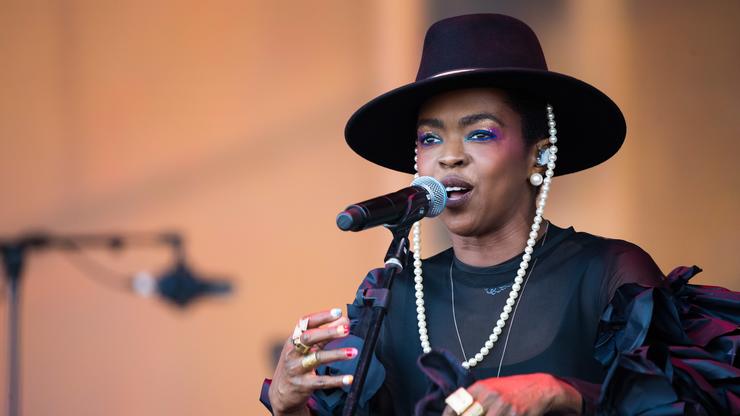 “No institution should be allowed the opportunity to control the market by controlling the output of a creative being for some ridiculous, indefinite period of time,” she wrote.

Entertainers often dabble in politics and Lauryn Hill is lending her voice to support a new California bill. The Fugees icon has endured her fair share of ups and downs in the industry, and she has detailed taking a step back from the mainstream circuit because of how she was treated as a creative. According to Pitchfork, the Free Artists from Industry Restrictions Act (FAIR) “would repeal an amendment to California’s ‘Seven-Year Statute’ that makes it so record labels can sue artists for damages if they leave after seven years but before fulfilling the required number of albums outlined in their contract.”

Hill penned a lengthy statement detailing why approving this bill is necessary for the industry, and its artists, to thrive.

“Artists can easily fall prey to the internal politics of business, someone inside simply not liking them, or bullying and intimidation and the attacks that come when someone resists that coercion,” Hill stated. “Music is a most powerful medium. Often people want to influence the influencers and will top at nothing less than treachery to accomplish their goal. Greed often perverts the creative intentions of young dreamers who don’t realize they’re up against a system with a history of using and crushing people who don’t comply with their agenda.”

“No institution should be allowed the opportunity to control the market by controlling the output of a creative being for some ridiculous, indefinite period of time. This is not only unjust, it’s dangerous, and at its core a violation of the principles of free expression. Artists’ expressions are their voices, and an extension of their free speech and should not be contained, caught-up or controlled beyond a reasonable amount of time by an institution with the money and power to obstruct and deny someone’s output indefinitely.”

There are a few more steps and approvals before this bill would be put into action, but we should learn more about its development next week.