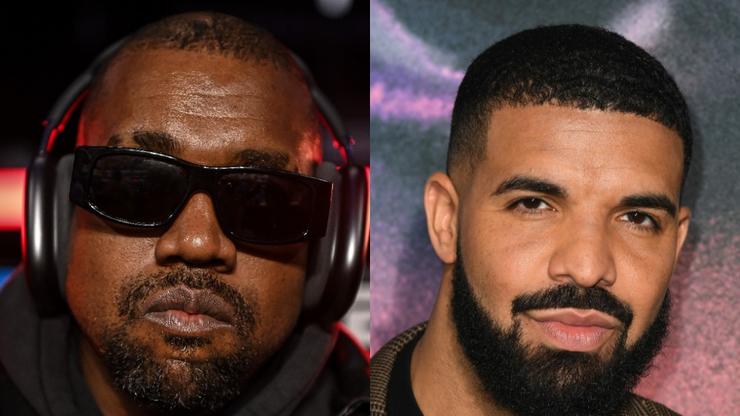 Larry Hoover Jr. publicly calls on Drake to end his feud with Ye to help free his father.

There might finally be an ending to the long-standing feud between Ye and Drake. On Monday, J. Prince shared a video of himself alongside the artist formerly known as Kanye West where the Chicago artist extended a peace offering to Drake. In the video, Kanye West called on Drake to pull up to a show he’s hosting on Dec. 7th in Los Angeles to publicly end their beef and join forces to free Larry Hoover.

Larry Hoover Jr., who recently appeared on Kanye West’s DONDA, hopped on TMZ this week where he followed up on Ye’s call to Drake to make peace. Hoover Jr. explained reiterated Ye’s mission to help free his father.

“Drake, you’re a leader and leaders make decisions that people follow,” Hoover Jr. said. “Man, this would be big. This is like Michael Jackson and Prince, the one we never seen. And it’s gonna be a ripple effect. We need togetherness and peace in this hip-hop community. We need togetherness and peace in our community all throughout the United States. Be the leader and lead by example.”

Hoover Jr. acknowledged the fact that lines were crossed in the feud which makes for fragile egos in the Drake-Ye back-and-forth. “Put whatever y’all differences are down,” he continued. “I know it’s hard. I’m a man. I have an ego and what have you but you know, egos cause problems.” Hoover Jr. added that both he and his father would appreciate the gesture.

As for Drake’s response to Kanye’s concert request, Hoover Jr. said that there’s a good chance that Drake will accept the olive branch and show face at the Dec. 7th concert. Drake reached out to both Hoover Jr. and his mother and said he was “willing to extend a hand” and help out in the fight to free Larry Hoover.

“The concert thing, we’re still working on that,” said Hoover Jr. “Mr. Prince is dealing with Drake and speaking with him directly. So he would pretty much have to pass the information on for that as far as him coming all the way in. Hopefully, in a few days, it’s looking good.”

Drake has yet to publicly respond to Kanye West‘s peace offering. The Canadian rapper recently broke his silence after the deadly Astroworld Festival tragedy, which he’s being sued for.