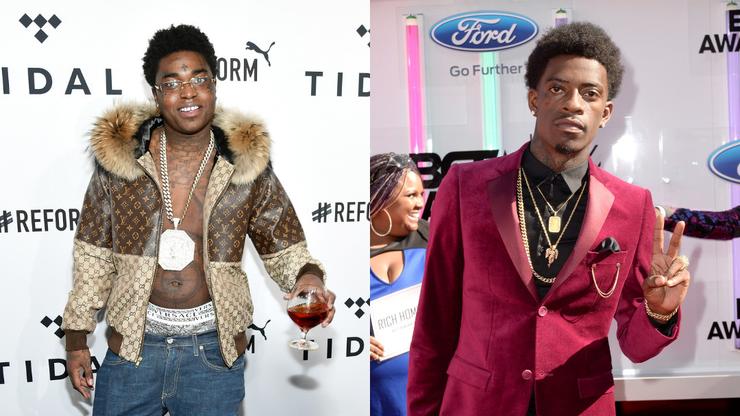 Kodak Black says that he and Rich Homie Quan have “gotta make” a collaboration happen.

Kodak Black says that he’s interested in collaborating with Rich Homie Quan after the rapper praised Black during a recent interview with DJ Akademiks for his Off The Record podcast. Quan mentioned that a collaboration between the two of them “would be harder than ever.”

“Now u kno we gotta make this happen,” Yak replied to the comments on his Instagram Story, tagging Quan.

Speaking with Akademiks, Quan had been asked who he’d like to collab with outside of his hometown.

“I already know this on the back of my mind they’re gonna think I’m crazy,” Quan said. “Hardest n***a outside of Atlanta, the most talented of this younger generation: Kodak Black.”

He continued: “This n***a so dope man. He probably don’t even fuck with me man. Cause we be DMing and stuff, but I ain’t gonna lie as far as like different flows, versatility, that n***a hard, boy. Listen when I’m telling you, like, me and Yak get in there. I think that shit would be harder than ever. It gonna happen in the future but..no young n***a ain’t fucking with Yak man. Million dollars on Yak.”

“He ain’t lying,” Timbaland chimed in commenting on a clip of Quan’s comments on Akademiks Instagram.

Check out Kodak Black‘s response to Quan below.