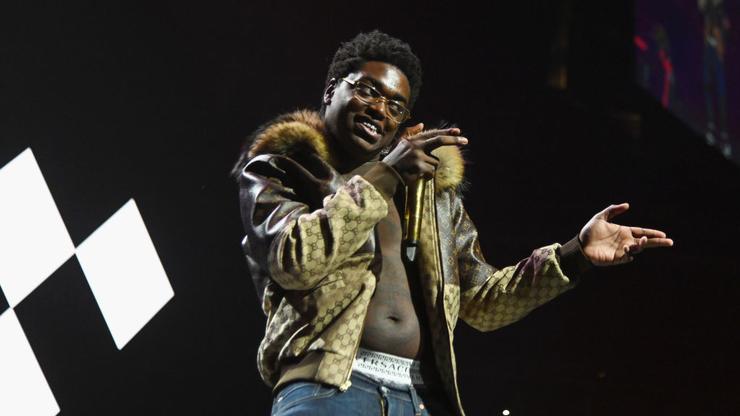 Kodak Black responded to a fan on Twitter who asked about his South Carolina sexual assault case.

Florida rapper Kodak Black has addressed his sexual assault case in South Carolina once again on social media, arguing his innocence in a response to a fan on Twitter.

After the Project Baby posted that he “goes without f*ckin'” because he’s focused on money and his goals, a fan stepped in to debate the rapper’s celibacy, alerting him to the previous media coverage surrounding his rape case from a few years ago.

“This you?” asked the fan, referring to the case against him in South Carolina.

“That case terminated and ain’t have to pay nobody !!!! Everybody know I ain’t do it,” responded Kodak, adding a middle-finger emoji and a smiley-face.

This comes after fans publicly worried about the rapper’s health this week when he appeared to be unable to stay awake during a recent interview, dozing off repeatedly. “Lol I B Fakin Like I’m Sleepy Ion B High Guys I Get Drug Tested Consistently,” replied Kodak when the video went viral.

The rapper has been having an outstanding year following his release from prison, striking on a few different hit records, including “Super Gremlin,” “Z Look Jamaican,” and “Feelin’ Peachy.”

What do you think about his response to the tweet about his sexual assault case?