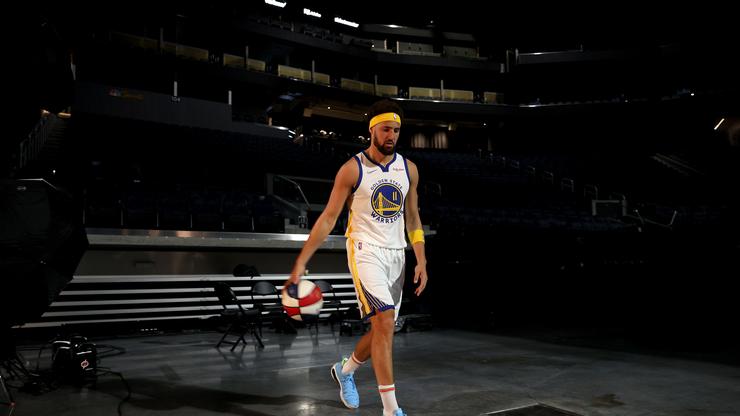 Warriors fans have been hoping for some good news.

Klay Thompson hasn’t played any NBA basketball in about two and a half years, and fans are ready to see him get back on the court. When he is healthy, he is one of the top players in the game thanks to some elite shooting ability that puts him near the top of the all-time three-pointers list. Having said that, coming back from an ACL tear and an Achilles injury is no easy task.

Thompson has been training with the Warriors and before games, you can typically find him getting up some shots. Having said that, he hasn’t been able to participate fully in Warriors’ practices, which has ultimately kept him away from a full return to game action.

Today, however, some good news was bestowed upon Warriors fans as Shams Charania of The Athletic told Pat McAfee that the Warriors believe Klay will be cleared for full participation in practice in just a few weeks. Also, the Warriors insiders are confident that this current iteration of the Dubs is just as good as the team we saw in 2015.

Needless to say, if you are a Warriors fan, there is a lot to be excited about right now. This is a team that is at the top of the Western Conference standings, and it is only going to get better from here.