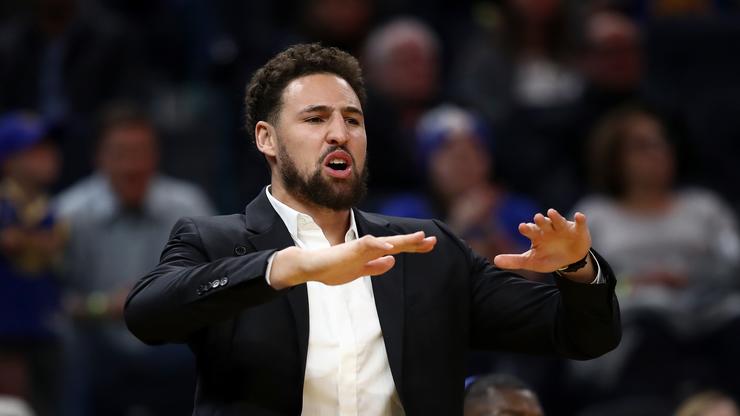 Klay Thompson has been out of the Golden State Warriors lineup for over two years now although hopefully, he will be able to return soon. Fans have been hoping to see the second splash brother back on the floor, and when you consider he is a top-five shooter of all time, it is easy to see why they would feel that way.

The Warriors have been pretty good in Thompson’s absence this year as they continue to put up good performances all while sitting atop the Western Conference standings. During this time, Thompson has continued his recovery and he looks pretty good in the gym. In fact, Thompson was back on the floor recently where he showed his fans just how good of a shooter he still is, all while flexing an appropriate Halloween costume.

In the video below posted by Clutch Points, Thompson can be seen getting up some shots all while wearing a green and white Celtics uniform with Larry Bird on the back. Bird is one of the best to ever play the game of basketball, so it was nice to see Thompson pay homage to the Celtics legend in such a way.

The NBA world did a great job at celebrating Halloween this weekend as guys like LeBron James and Russell Westbrook went all out with their costumes. While Klay took a more simple approach, you can’t help but be happy that he is almost ready to return to the court.