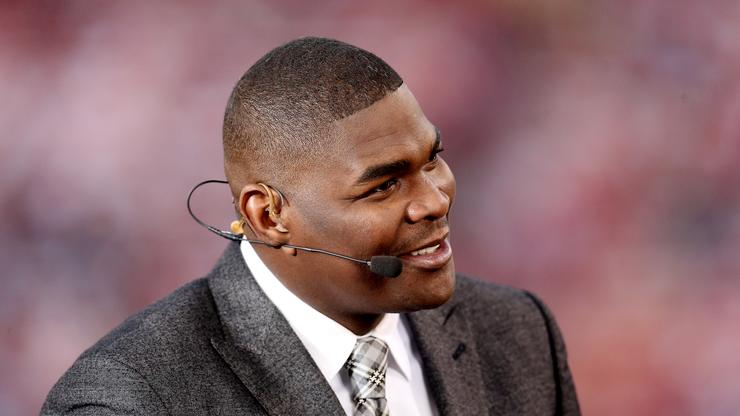 The NFL wide receiver turned ESPN analyst did not hold back on his former coach.

Since his time with Brett Favre in Green Bay during the early 90s, Jon Gruden has been touted as a football savant with a maniacal work ethic both as a coach and as an analyst. He won a Super Bowl in Tampa Bay, became one of ESPN’s top football personalities and then dove back into coaching when the Raiders gave him a 10-year/$100 million contract in 2018.

Just three years into that contract, however, Gruden is out as head coach of the Raiders and his pristine football reputation is being overshadowed by off-the-field controversy.

With the surfacing of racist, sexist and homophobic emails Gruden sent during his time at ESPN, backlash over his words towards multiple communities and specifically, NFL commissioner Roger Goodell and NFLPA Executive Director DeMaurice Smith, forced Gruden to tender his resignation as Raiders head coach and has stirred up considerable controversy and is sure to keep the 58-year-old away from football for the foreseeable future.

Keyshawn Johnson, who played for Gruden in Tampa Bay, took to his radio show Keyshawn, JWill & Max this morning to air out his grievances with Gruden and reveal some details about his tumultuous time playing for him.

“He’s just always been a fraud to me,” Johnson stated bluntly. “From day one, he’s been a used car salesman. And people bought it because he inherited a championship team … and he came in there with a little bit of different energy … and it kind of kicked us over the top to get our world championship, which I am grateful for … But at the same time, I also saw who he was through that journey of getting a championship.”

Johnson also appeared on ESPN’s First Take to reiterate many of the same sentiments and added that Gruden would often talk behind players and coaches’ backs and ultimately painted a picture of Gruden as a not-so-great person. Obviously as his recently revealed emails have proven, Johnson’s thoughts on the matter are likely based in truth and despite Gruden’s prolific football knowledge, it’s clear that his shortcomings as a person and abhorrent emails are proving to have serious consequences.

What do you think of Johnson’s comments on Jon Gruden in the wake of his resignation from the Raiders? Let us know down below.