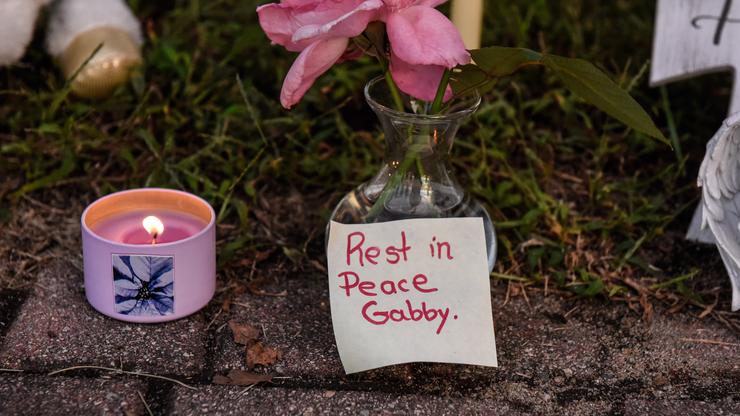 Petito’s death was initially ruled a homicide, but further details were released in a press conference today.

During a press conference on Tuesday afternoon, a medical examiner officially confirmed that Gabby Petito’s ultimate cause of death was strangulation. The 22-year-old’s remains were discovered in September, after she didn’t return home from a road trip with her fiancé, Brian Laundrie.

For the past three weeks, countless search efforts have been put together in hopes of finding Laundrie, who hasn’t been seen since mid-September. At this time, he is the main person of interest in Petito’s death.

Prior to her disappearance, the YouTuber was out on the road with her partner. The two were avid travellers, and documented their adventures together across her social media channels. At some point during their trip, things turned sour and the pair were ultimately pulled over by authorities after someone reported witnessing a domestic dispute in their van.

Bodycam footage from the incident shows a very distressed Petito, doubling down on her story and struggling to put together a sentence without breaking into tears. It’s believed that she and Laundrie were in a dangerous relationship, and many have speculated that she was trying to protect her abuser (as many do) when talking to police.

Ultimately, the two were separated for an evening so that they could cool down, but no further action was taken by the officers.

Laundrie returned to the home he shared with his fiancée and family early in September, with Petito’s van in tow, but not Petito. The missing man’s sister, Cassie, said she made contact with him around then, but hasn’t seen him since. In an interview on Good Morning America she urged him to “come home.”

Gabby Petito is remembered by many as a kind spirit who was always spreading love to everyone. RIP.