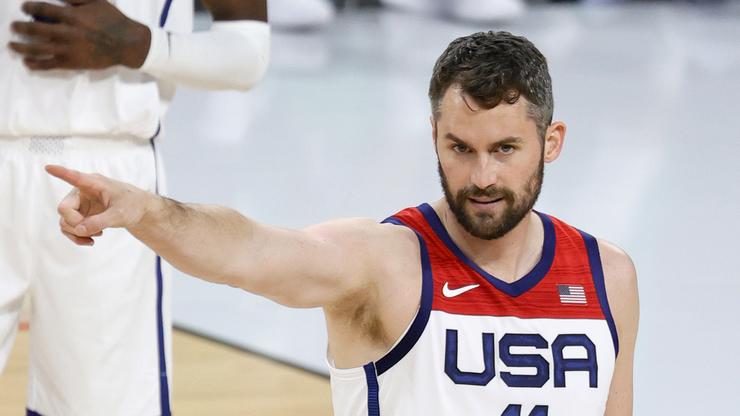 Kevin Love has been with the Cleveland Cavaliers for a few years now and while his first couple of seasons with the team were successful, his fall off has been well-documented. Ever since LeBron left for Los Angeles, Love has been putting in a lack of effort, and fans have noticed it. At this point, everyone knows he wants out, and he couldn’t make it anymore obvious.

In the meantime, the Cavaliers have tried to trade Love although no one wants to absorb his contract. Now, the Cavs are trying to negotiate a buyout as it seems like it is the only way to get Love out of the city. After all, the Cavs are looking to get younger and Love is not part of the team’s longterm trajectory.

Today, it was reported that Love is not interested in a buyout, even though it would be his quickest ticket out of Cleveland. As Adrian Wojnarowski explained, Love still has two years and $60 million left on his deal although he is not willing to part ways with some of that money through a buyout.

This now creates a unique situation between him and the Cavs, especially when you consider how no team is willing to make a trade for him.

Love’s situation with the Cavs is an ongoing story so keep it locked to HNHH for all of the latest updates.