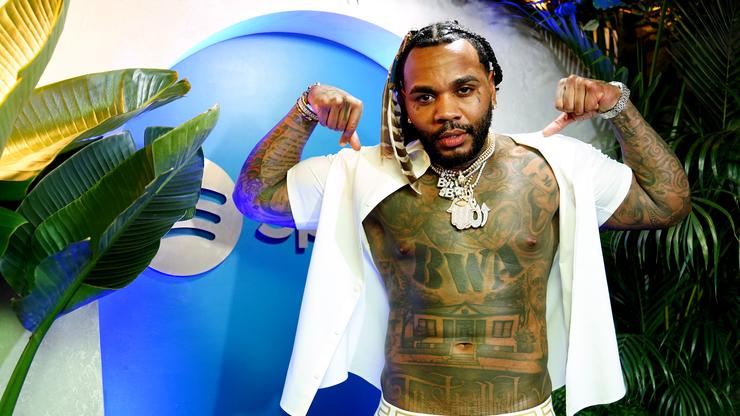 The rapper’s made headlines once again for his racy concert.

When it comes to performing, Kevin Gates is one of a kind. The “Hard To Sleep” rapper is known for his over the top, sexually explicit lyrics and dance moves, but his recent performance captivated the attention of an unlikely fan. Video footage of a middle aged, caucasian woman gushing over Kevin as he spewed racy rhetoric on stage is making its rounds on social media. It’s unclear if the woman was actually in attendance at Gates’ concert or if the audio was stitched together, but either way, Gates’ latest raunchy display had people talking.

One fan joked, “Kevin Gates fan base is not what I expected,” while another added, “A kevin gates concert is the nastiest place on this earth.” This isn’t the first time the Louisiana rapper’ went viral for antics on the Big Lyfe tour. Last month, he had the Internet in a frenzy after turning his “D U Down” song into a dance routine. Even comedian Druski shared a clip of the dance, joking, “We not gone act like this N***a dont Deserve JailTime [laugh emojis]. This ain’t normal man.”

Kevin is no stranger to being trolled. During his sit down with Yung Miami for episode 3 of Caresha Please, the Khaza star claimed he started a woman’s car battery with just his hands. “I just put my hands over the battery and prayed, ‘Lord please let this woman battery start,'” he said of the incident. Folks on social media wasted no time creating memes and gif based on the rapper’s physics defying story. One Twitter user joked, Kevin gates said he jumped a car battery with his bare hands. That’s the greatest lie of all time.”

Share your thoughts on Kevin Gates story with HNHH.