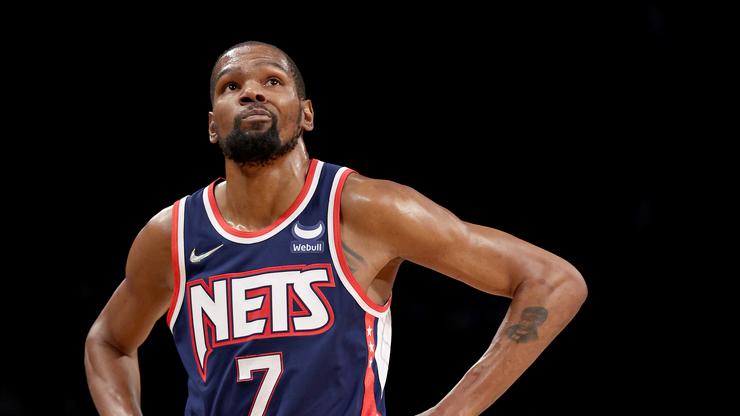 Kevin Durant says that Beyoncé deciding to remove an ableist slur from the lyrics to “Heated” is a “joke.”

Kevin Durant reacted to Beyoncé’s decision to remove an ableist slur from the lyrics to her Renaissance song, “Heated,” after facing backlash for its inclusion in the lyrics. The Brooklyn Nets star seemed unhappy that she on caved to pressure in a comment on a post from HipHopnMore on Instagram, Monday.

“This is a joke lol,” wrote in response to the announcement.

In the original version of the song, Beyoncé sings, “Sp***in’ on that ass, sp** on that ass.” The word derives from the term “spastic,” and is often used in a derogative manner to refer to people with disabilities, especially cerebral palsy.

After several days of backlash since the album’s release, Beyoncé’s team provided a statement to Variety on Monday reading, “The word, not used intentionally in a harmful way, will be replaced.”

Beyoncé’s decision to change the lyrics follows in the footsteps of Lizzo, who made the same decision after facing a similar controversy for the slur’s inclusion in her song “Grrrls,” earlier this year.

Beyoncé also came under fire from Kelis, who called the legendary singer out for interpolating her track, “Milkshake,” for the song, “Energy.” Kelis says that she was never asked permission and labeled the act “theft.”