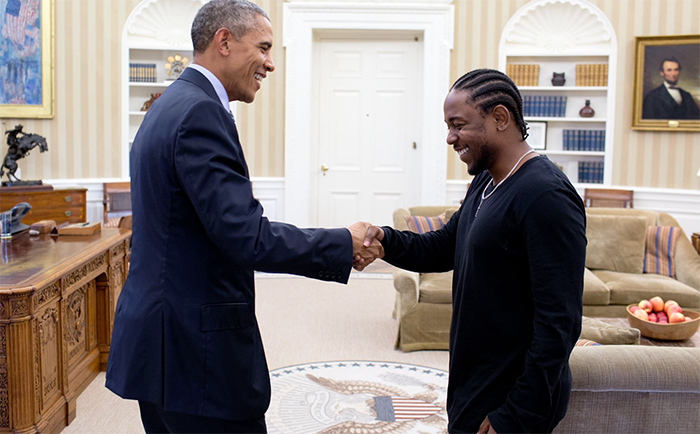 President Barack Obama had a “wild, wild” year. After leaving the White House at the start 2017, the 44th President the United States recapped the year that was in a special Facebook post, detailing his favorite books and songs the past 12 months.

“During my presidency, I started a tradition sharing my reading lists and playlists,” he explained. “It was a nice way to reflect on the works that resonated with me and lift up authors and artists from around the world. With some extra time on my hands this year to catch up, I wanted to share the books and music that I enjoyed most. From songs that got me moving to stories that inspired me, here’s my 2017 list — I hope you enjoy it and have a happy and healthy New Year.”

The bangers continued down the president’s playlist, including “First World Problems” by Chance the Rapper and Daniel Caesar, “Butterfly Effect” by Travis Scott, “Broken Clocks” by SZA, “Blessed” by Daniel Caesar, “Havana” by Camila Cabello and Young Thug, and “Mi Gente” by J Balvin and Willy William.

As for books, President Obama found himself enjoying page turners like Coach Wooden and Me by Kareen Abdul-Jabbar and Basketball (and Other Things) by Shea Serrano. He also favored The Power by Naomi Alderman, Exit West by Mohsin Hamid, and Anything is Possible by Elizabeth Strout.

In the past, President Obama has also listed Kendrick Lamar’s “How Much a Dollar Cost” as his favorite song 2015 and has included artists like JAY-Z, Chance the Rapper, and others in his annual playlists.