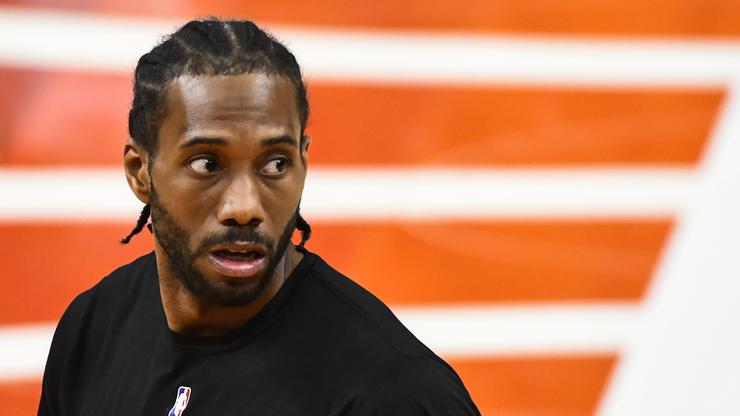 Everybody knows about Kawhi Leonard’s prowess on the basketball court.

From winning Finals MVP after guarding Miami Heat-era LeBron for an entire series back in 2014, to his legendary championship run in Toronto in 2019, Leonard has cemented himself as one of the greatest basketball players of the modern era, and arguably of all-time.

As time has gone on, however, and Leonard has seen himself move from smaller markets like San Antonio and Toronto to a major metropolis, his hometown of Los Angeles, the star small forward has moved some of his focus away from the hardwood.

Despite his stoic and sometimes-robotic nature on the court, Leonard has recently branched out into the music industry, and with announcements of major collaborations and an appearance in Drake’s “Way 2 Sexy” video, Kawhi is making his presence known. And just last night, the Los Angeles Clippers star took to his Culture Jam Instagram page to preview some new music from Lil Uzi Vert.

Rapping over a bass-heavy trap beat, Uzi spits “everything you tried to show me, I’ve already done, I put diamonds on my index and my pinky and my thumb,” before transitioning into a slower, more-melodic bridge.

At first listen, it sounds like this new Uzi record would be a part of his upcoming project, The Pink Tape. The “New Patek” rapper announced last week that listeners would be bumping the new tape before Halloween, and with Leonard posting the Uzi snippet yesterday, a Pink Tape preview would have made perfect sense. But according the Culture Jam IG page, this is from Culture Jam Vol. 1, which will see Leonard serving as a music mogul as opposed to a dominant basketball player.

Culture Jam assured that their new project was finished and will be dropping sometime in October so let us know — will you be checking for Culture Jam Vol. 1 when it drops? Let us know in the comments.