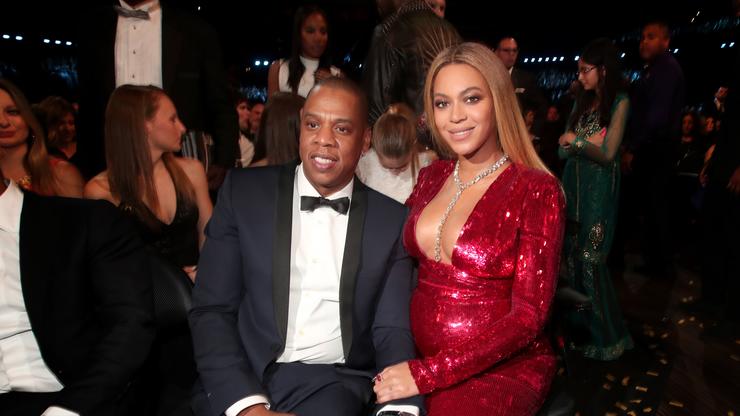 At the end of the summer, Beyoncé and Jay-Z re-confirmed their status as a “power couple” by teaming up with luxury jewelry brand, Tiffany & Co., for their latest campaign. Stunning photos showed the musical duo standing beside a never-before-seen painting by Jean-Michel Basquiat.

On Tuesday, October 19th, the Carter’s x Tiffany & Co. collab returned, this time with a short and sweet two-minute clip titled Date Night, largely inspired by Breakfast at Tiffany‘s. The video starts with the “Halo” singer riding in the back seat of a car, picking petals off of a flower while playing a game of “he loves me, he loves me not.”

The mother of three then asks her driver, Monty, to pull over so that Hov can enter the vehicle. “This is so sweet,” she says to her husband, before he asks her if they should grab some pizza and Armand de Brignac champagne.

We also receive a cameo from the couple’s eldest daughter, Blue Ivy Carter, who can be seen hilariously running after her parent’s car from the rear window before joining them inside for some family laughs.

“Put your head on my shoulder,” Beyoncé sings along to the Paul Anka 1959 hit while snuggling closer to her man and picking the last of the petals off her flower. “He loves you,” Jay-Z concludes as his wife smiles back at him.

The Carter’s have remained booked and busy over the last little while – over the weekend they listed their stunning New Orleans mansion for sale, and attended the wedding of Tiffany EVP, Alexandre Arnault in Italy, where Kanye West performed hits like “Runaway” and “Flashing Lights.”

See more photos from Beyoncé and Jay-Z’s collaboration with Tiffany below.