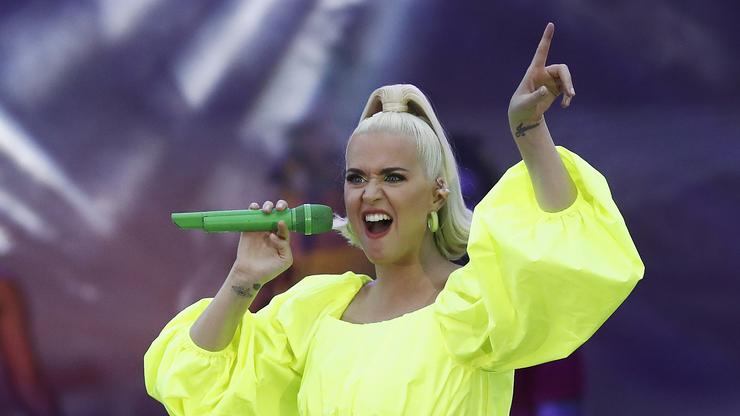 We’re not sure how you get down in the club once the drinks start flowing, but we assume that having pizza hurled at you isn’t something you look forward to. These days, as people are boasting about being “back outside,” there are still health concerns that should keep more people at home. From Monkey Pox to various variants of COVID-19, millions are opting to quarantine themselves to help combat the ongoing illnesses haunting society. However, partygoers are making the most out of their summers, including Katy Perry who was turning up at a nightclub.

The “I Kissed a Girl” hitmaker left her fiancé Orlando Bloom home with their toddler and was captured on stage behind a DJ booth having the time of her life.

There’s absolutely nothing wrong with that scenario, except that in the video that has traveled throughout social media, Perry is seen with a box of pizza as she takes slices and pelts the crowd with them.

It looked as if she believed she was doing patrons a favor by giving them food and the crowd was more than happy to retrieve—and eat—any pizza slices they were able to catch or grab from someone else. After going viral, Perry light-heartedly addressed the brief clip and said she was a “mother feeding her children.”

Check out the video below and let us know how you would react to a celebrity throwing food at you in a club.