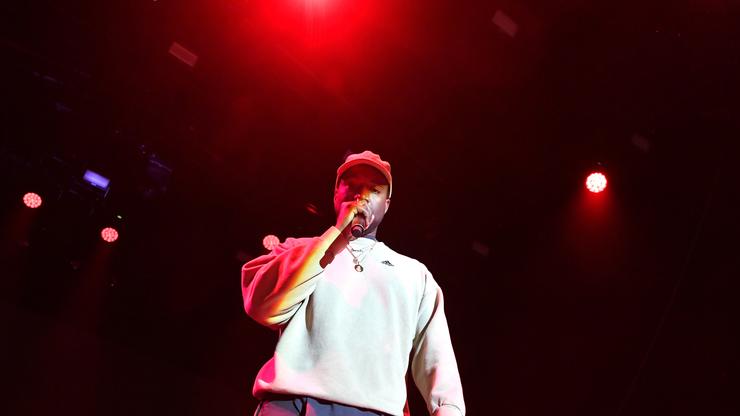 Kanye West will debut new music during Game 6 of the NBA Finals, tonight, in a Beats By Dre commercial with Sha’Carri Richardson.

Kanye West is officially debuting a new track tonight during Game 6 of the NBA Finals, Beats By Dre announced on their Twitter. The announcement comes amidst growing rumors of a new project from West releasing in the immediate future.

“Tonight. Game 6,” the account succinctly wrote. In addition to West, they also tagged American track and field sprinter, Sha’Carri Richardson, who was infamously suspended from Olympic competition for testing positive for marijuana use. Complex has previously reported that the new song will debut in a trailer for Beats By Dre headphones with Richardson.

Any further details about the track or the upcoming album are just speculation at this point.

However, earlier Tuesday, Chris Brown, who has previously collaborated with West for his hit “Waves,” hinted that he is going to be featured on West’s project. “Dat Yeezy and Breezy [eyeballs emoji],” he said in an Instagram story, earlier in the day. Those who have heard the album have claimed to expect appearances from Lil Baby, Travis Scott, Westside Gunn, Playboi Carti, and more.

West is also rumored to be bringing a “Donda Experience” to Rolling Loud Miami this weekend, on Sunday, July 25th.

Game 6 of the NBA Finals between the Phoenix Suns and Milwaukee Bucks tips off at 9:00 PM.