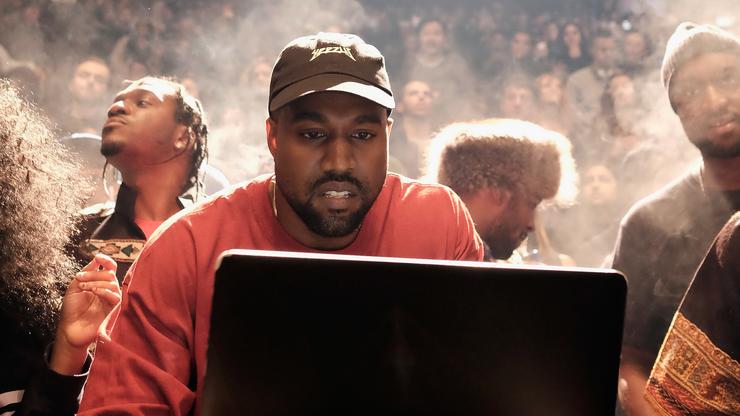 Kanye West has been spotted in the studio with Blueface.

Kanye West was seen cooking up new music in the studio with Blueface ahead of the upcoming release of Donda 2. The two rappers have yet to collaborate before this.

West, who’s currently dealing with legal trouble after allegedly punching a fan in the face on Thursday, confirmed that Donda 2 is in the works during a text message conversation shared by Moneybagg Yo.

“I got to lock in with you on Donda 2,” West texted the rapper. “Money in front of us. Bullsh*t behind us.”

As for who else could be on the project, West’s latest romantic interest, Julia Fox, recently revealed that she witnessed Ye in the studio with Future and says his new songs are “fucking insane.”

“It’s honestly just an honor to be in the presence and to be able to witness history happening,” Fox explained on the podcast, Forbidden Fruits. “Even being in the studio with him and Future and listening to the new songs which, by the way, are fucking insane. That’s really cool. I love that and I love music. Music has saved my life on many occasions.”

Check out the new picture of Ye and Blueface in the studio below.