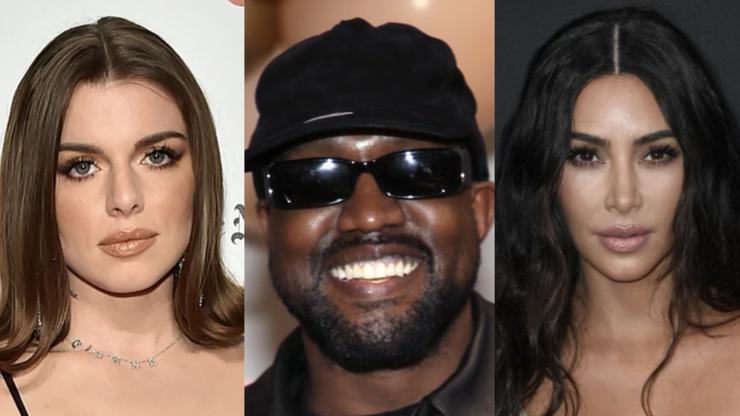 “He publicly fights for his family back, and then he’s linked to all these different girls. It’s very strange,” the source said to Page Six.

Kanye West and Julia Fox’s relationship may not be as glamorous as it seems, according to Page Six. A source has informed the outlet that the 44-year-old’s new romance is nothing more than “a ploy to get under ex Kim Kardashian‘s skin,” inspired by the reality star’s connection with Saturday Night Live‘s Pete Davidson following her separation from West.

“It’s a desperate play for attention,” the source has said. “There’s no other explanation when he chooses [Fox] to go public with.” Another person with reliable information has been insisting that the father of four is “in pain” from watching his wife move on with the comedian, which is why he’s acting out.

“He publicly fights for his family back, and then he’s linked to all these different girls,” the source pointed out. “It’s very strange.”

In case you missed it, Fox and her new man did an incredibly interesting photo shoot for Interview Magazine during one of their recent date nights. The mother of one also wrote a short essay on her luxury love story, in which she gushes about the Yeezus hitmaker surprising her with a hotel room full of gorgeous designer garbs for their night out on the town.

“It was every girl’s dream come true. It felt like a real Cinderella moment,” the Uncut Gems actress penned. “I don’t know how he did it, or how he got all of it there in time… Like, who does things like this on a second date? Or any date!”

Things have certainly been moving fast for the couple, who reportedly met on NYE and have been inseparable ever since. When their relationship was confirmed, a source referred to them as “kindred spirits” – read more about that here and let us know if you think that Kanye and Julia are the real deal, or just trolling Kim and Pete below.