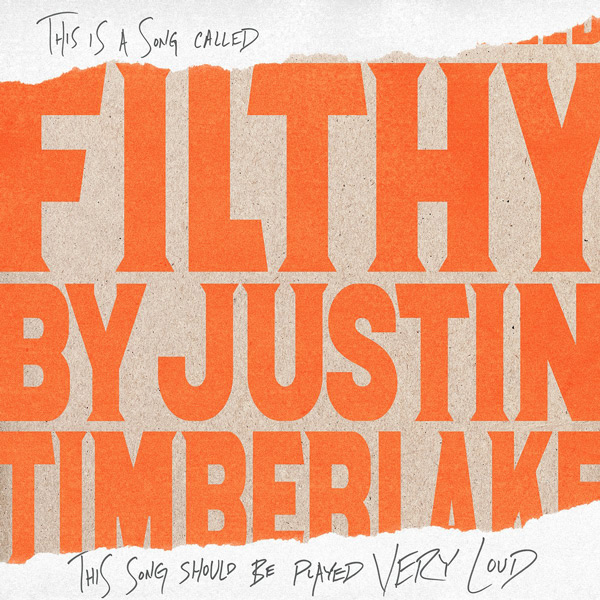 In anticipation his fourth studio album Man the Woods next month, Justin Timberlake is ready to get “Filthy.” On Friday (Jan. 5), the pop superstar will release the first single and its cinematic video.

Timberlake, who revealed the album trailer earlier in the week, shared the artwork for “Filthy,” which comes with its own disclaimer: “This song should be played very loud.”

Man the Woods, the follow-up to 2013’s The 20/20 Experience, is set to feature a fusion “traditional American rock with modern influences” from the likes The Neptunes, Timbaland, Chris Stapleton, and Alicia Keys. “This album is really inspired by my son, my wife, my family, but more so than any other album I’ve ever written, where I’m from,” J.T. said in the short clip. “It’s personal.”

Three more songs and accompanying videos are scheduled to be released as a lead-up to Man the Woods. The new tracks will drop weekly, starting Jan. 18. Meanwhile, MOTW is due Feb. 2, just two days before Timberlake hits the Super Bowl LII Halftime Show stage in Minneapolis.