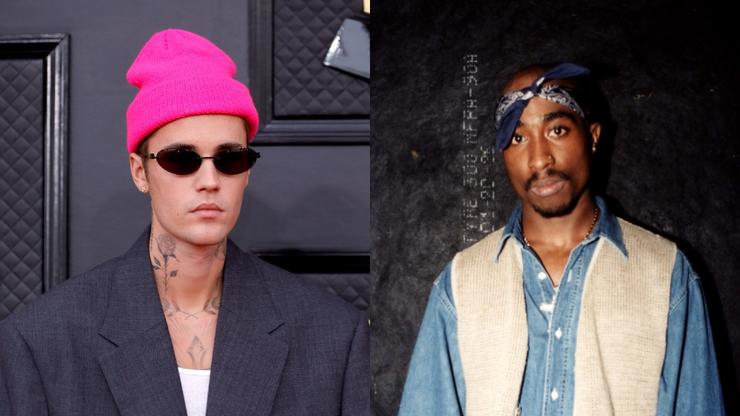 Justin Bieber says he sees similarities between himself and Tupac when it comes to their faith in God.

Justin Bieber took on the moniker Biebervelli when he began to get deeper into R&B but these days, he says he has a more profound connection to Tupac Shakur. During a recent interview with Power 106, Bieber discussed his connection with God, which has evidently played a role in his music as of late. He explained that he sees “similarities” between himself and the late rapper when it comes to professing their faith in their art and personal lives.

“Wow. Yeah, I mean, as you know, I’ve always been a big 2Pac fan. … But yeah, I definitely have grown in my journey with my faith,” he told co-host Letty who brought up ‘Pac’s “Who Do You Believe In.” ” “And I definitely feel like we have some similarities when it comes to just our conviction about wanting to tell people about God’s love for them.”

Bieber’s certainly expressed his love for Tupac in the past. He previously listed the “California Love” rapper in his top 5 of all time, and even covered “Thugz Mansion” back in 2016.

Bieber recently released his latest single, “Honest” with Don Toliver last week. He also dropped off “I Feel Funny,” which includes a cameo from Don Toliver. It looks like Bieber is gearing up to release a new album in the near future.

Check out his interview with Power 106 below.