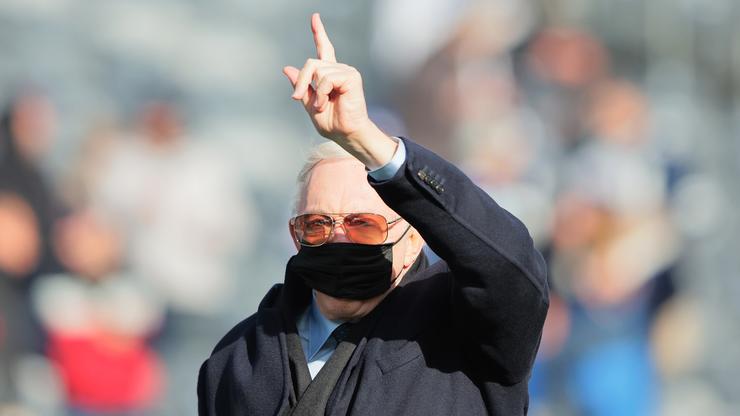 Jerry Jones was reportedly in an accident on Wednesday night.

Jerry Jones is the most famous owner in the NFL. He is the man behind the Dallas Cowboys and for better or for worse, he is one of the biggest names and voices in the entire league.

Unfortunately, Jones found himself in a despairing situation on Wednesday night as he was in a car accident in Texas. The Cowboys owner was immediately transported to the hospital for precautionary measures, and it was revealed in a report from ESPN that Jones is going to be just fine.

“WFAA, citing multiple Dallas police sources, reported that Jones was in a crash just before 8:10 p.m. CT near Wolf and Harry Hines Boulevard. Emergency crews were called to the scene, and Jones reportedly suffered minor injuries.”

Jones’ son Stephen came out and said that everything was good as far as his father is concerned and that despite the accident, he remains in good health. This is obviously very good news for the Jones family and the Cowboys organization as a whole. Regardless, it is still a scary thing to have happen, and we are glad that Jones is doing alright.

Stay tuned to HNHH for all of the latest updates from around the NFL.