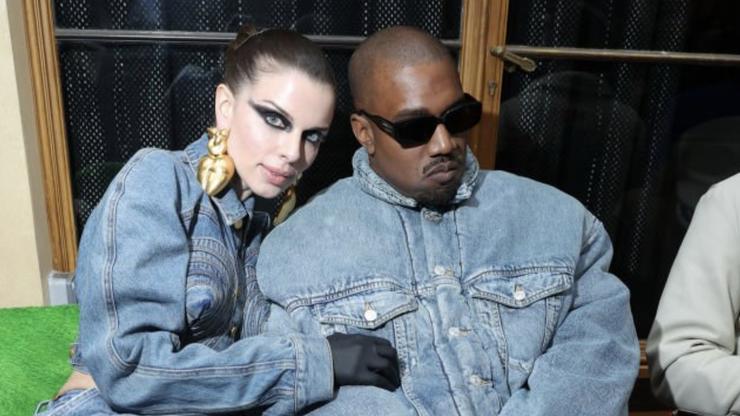 She also insists that their relationship wasn’t to help her career and says she “tapped out at the first sign of a red flag.”

The whirlwind romance lasted for all of two months, but Julia Fox has not said the last of her relationship with Kanye West. The actress put her stamp on Hollywood in her own right before connecting with the mogul, but once she linked with West at the top of the year, Fox became pop culture’s “it” girl. The pair reportedly met on New Year’s Eve and spent weeks jet-setting, penning op-eds, and showing off their relationship from one runway or red carpet to the next.

By Valentine’s Day, an announcement was shared that Fox and West split, and she immediately clarified that they remained good friends. Fox has seen an uptick in her career since linking with the billionaire, especially in the fashion world, and in an interview with ES magazine, she addressed critics’ questions.

Fox stated that her relationship developed authentically, refuting reports that it was manufactured behind the scenes.

“That’s such bulls—. He got my number through a mutual friend, period,” she claimed. There was apparently an initial “romantic spark,” but “real life set in and the lifestyle wasn’t sustainable. I couldn’t fly away once a week. And I tapped out at the first sign of a red flag.”

One of those alleged red flags for Fox centered on West’s then-contentious divorce from Kim Kardashian.

“The unresolved issues that he was dealing with,” she said. “It just seems like he had a lot to work on, and I just don’t have time for it, or energy. I don’t have the bandwidth or emotional capacity for it.” She added that she was proud of herself for making the decision to end things because the woman she was before having her son “would have definitely stuck it out and been there for longer.”