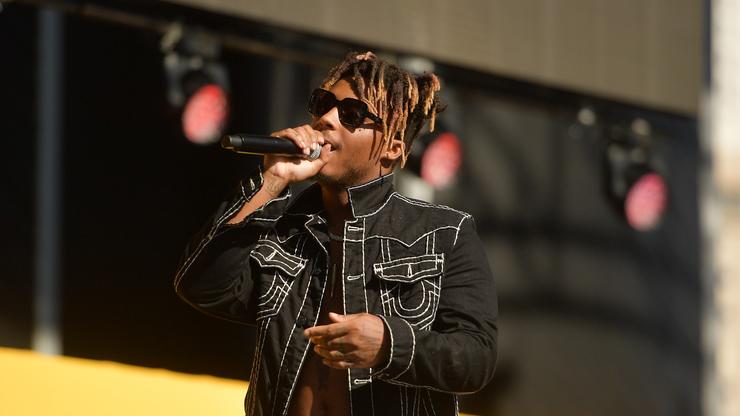 The rapper died of a drug overdose a little over two years ago, and now his mother is speaking out for her first sit-down interview.

For the first time since his tragic passing back in December 2019, Juice Wrld’s mother has sat down for her first television interview. The rapper’s friends and collaborators have repeatedly come forward with memories and stories of their times with Juice, but his mother has opted to keep her commentary focused on pushing forward his legacy.

Carmella Wallace is championing efforts related to mental health awareness and addiction, often sharing information about Juice’s struggles. Recently, she sat down with the Tamron Hall Show and spoke about her son. We previously reported on Wallace opening up about Juice’s song “Stuck in a Maze” and how that helped her gain insight into what he was dealing with, but elsewhere, she condemned the enablers in his life.

“I just felt like his best interest wasn’t being looked out for,” Wallace said. “I think people had their own agendas and they liked the lifestyle. And they were young too, so they don’t see things the way we see them, but he just didn’t have the people in place to tell him to stop. He didn’t have that support system set in place.”

She also revealed that there were people who contacted her to share their concerns about Juice WRLD, but not those closest to him.

“I told him of my fears of him overdosing and encouraged him to speak to the psychologist I arranged for him to speak with,” she said. “But he was nineteen and he knew everything, and the people around him, some of them would reach out to me, but not the inner, inner circle.”