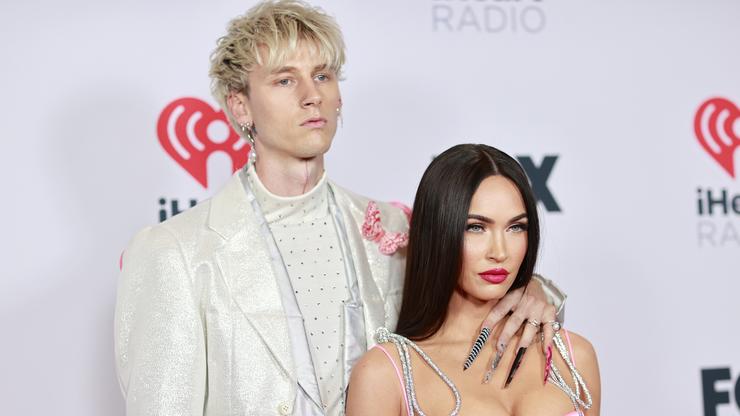 Kelly details the meaning behind the engagement ring as Kim Kardashian offers her congratulations.

They’ve been inseparable since they revealed their surprising romance, and after dating for a little over a year, Machine Gun Kelly dropped to one knee and proposed to Megan Fox. The talk of pop culture today is the new engagement between the two that apparently took place yesterday (January 11). Fox and Kelly have been traveling the world showing off their love for one another, from necklaces with blood vials to being attached by chained fingernails.

Kelly showed a close-up of the engagement ring he chose for his future bride and explained why he decided on this custom look.

“I know tradition is one ring, but i designed it with Stephen Webster to be two: the emerald (her birth stone) and the diamond (my birth stone) set on two magnetic bands of thorns that draw together as two halves of the same soul forming the obscure heart that is our love,” he wrote.

Fox share a video of the proposal and added, “Somehow a year and a half later, having walked through hell together, and having laughed more than I ever imagined possible, he asked me to marry him. And just as in every lifetime before this one, and as in every lifetime that will follow it, I said yes.”

Kim Kardashian offered up her congratulatory message as she has been spending quite a bit of time with the couple considering that Machine Gun Kelly is best friends with Pete Davidson. Check out the proposal and the ring below.