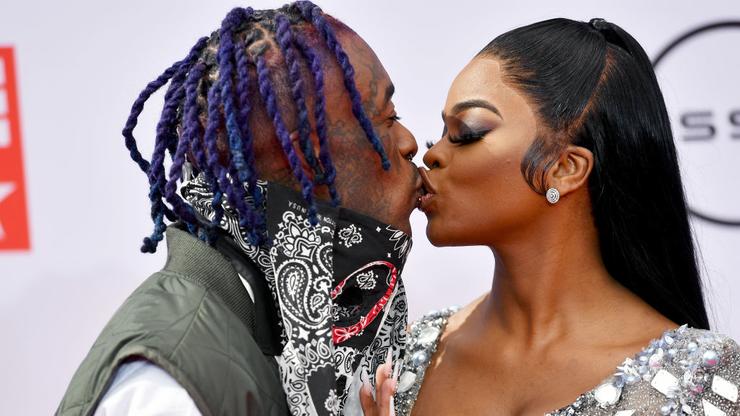 JT said she doesn’t even know what the first of the month is.

Yung Miami, whose real name is Caresha Brownlee, started her podcast, Caresha Please, back in June and it’s made quite the impression on social media users. She’s had sit-down conversations with her love interest, Diddy, and one of hip-hop’s freakiest men, Kevin Gates. Now, the mother of two has returned with her best friends, JT and Saucy Santana.

She teased the trailer for the show on August 10 and it was released the following day. It’s garnered over one million views thus far and fans and supporters can’t stop talking about the hour-and-a-half long episode. Together, the three artists talked about their sex life, music careers, and their relationships– to which JT had a lot to say.

It’s no secret that JT is madly in love with her man, Lil Uzi Vert. The two have been together since 2019, and it seems like their feelings for each other are still intact. “Uzi literally would do any and everything for me,” she told her friends, “but I don’t flex it no mo’.” She then went on the reveal that the “Money Longer” artist pays all of her bills.

Despite being head over heels for Uzi, she assured Miami and Santana that she is still a “city girl” after they started to tease her, “My man [knows.]”

Have you watched Caresha’s new episode yet?