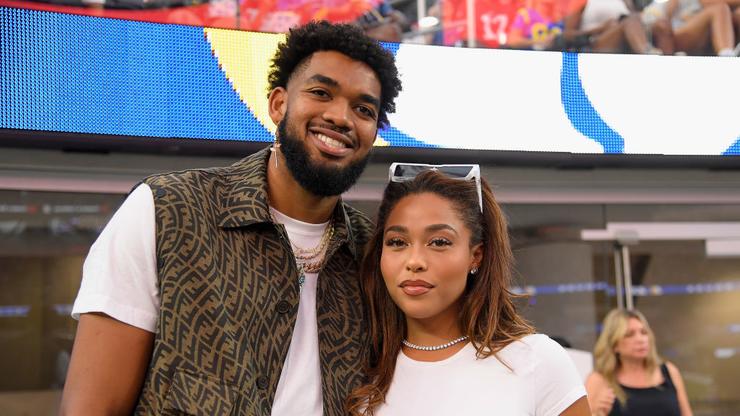 The happy couple first got together in May of 2020, though they’ve been friends for much longer than that.

Jordyn Woods was certainly feeling the love on her 25th birthday, thanks in part to her boyfriend of over two years, Karl-Anthony Towns. The social media star celebrated another trip around the Sun on Friday (September 23), at which time her NBA-player beau uploaded a heartwarming collection of photos of the pair from throughout their relationship.

“I could write a letter about your greatness. But the world already knows how I feel,” the Minnesota Timberwolves player penned in the caption. “To another 365 love.” The birthday girl promptly wrote back, “I love you!”

In the first photo, the pair can be seen standing together on the beach, elegantly dressed as Woods holds a stunning red rose in her hand. Others find them laughing in the car together, posing for photos in their best outfits at events, and of course, enjoying countless vacations all over the world.

As Daily Mail notes, the model hosts the IG series, Regular-ish, on which she’s previously discussed the connection she has with Towns. “I think it’s kind of cool dating your best friend. We know each other. We know each other’s hearts,” she shared.

“We know each other on good days and bad days and we’ve been through a lot of bad days together,” the 25-year-old admitted.

Though their romance only became official in May of 2020, the two have been friends for much longer than that, and have supported each other through some of their hardest moments in life, such as the death of Wood’s dad to cancer in 2017, and Towns’ mother passing after a battle with COVID-19 in 2020.

Just last month, the couple was spotted jewelry shopping in Italy, at which time they made headlines for allegedly spending some extra time in the ring section – read more about that here, and tap back in with HNHH later for more pop culture news updates.