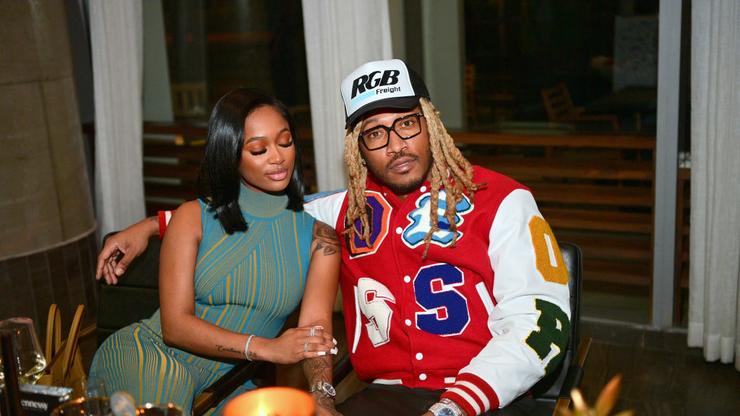 Rappers Future and Dess Dior started dating near the end of 2020, shortly after he broke up with model Lori Harvey. Throughout their relationship, the two artists were seen wearing matching outfits, attending extravagant events, and buying one another luxury gifts. While many adored their companionship, the couple ultimately called it quits.

The last we saw of them was a Twitter post from Dess earlier this year. She shared a mirror picture of them with the caption, “i still, he still… WE STILL.” However, since then, the relationship between the two has appeared to be nonexistent, forcing users to believe that they have split for good.

That was until today when the 38-year-old shared a screenshot of him downloading Dess’ newest EP RAW. Equipped with eight records, the project was released yesterday (September 23).

Future went above and beyond to support his old fling, sharing two separate posts regarding her music– one of her cover art and another of her attending the listening party, in which he tagged her to boost the engagement further. Appreciative of his efforts, Dess reposted two of the three images on her story.

In other news regarding the I NEVER LIKED YOU artist, he recently sold a chunk of his publishing rights for tens of millions of dollars. When speaking on the deal, he stated, “I put everything into my music, and I wanted to make sure these were in good hands as I thought about the next chapter of these songs… this music has timeless value. My music is my art, and these songs represent some of the most precious artwork of my career.”

Read more about this here.