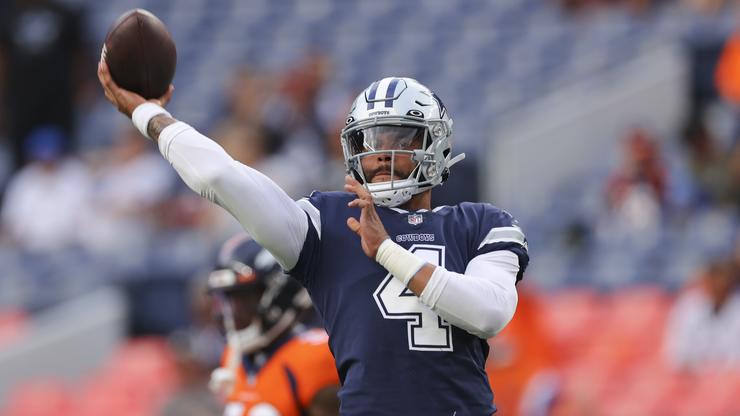 Dak Prescott is one of the better quarterbacks in the NFL, although he has certainly struggled in the postseason. Coming into this year, some pundits had him winning MVP, while others made the claim that he was good enough to go all the way to the Super Bowl.

In the first game of the season on Sunday night, Dak proved everyone wrong as he had himself a terrible game up until the fourth quarter. In the final frame, Dak got injured and had to leave the game as the thumb on his throwing hand was simply unusable. After the game, Prescott was forced to have surgery and there was this sense that Dak would be out for two months.

According to Cowboys owner Jerry Jones, there is actually some good news as it pertains to Dak. The team is now refusing to put him on the injured reserve as they believe he can come back in less than four games. This means the team will not be able to add a player to the roster, and for now, they will rely on Cooper Rush, who has very little experience when it comes to being a starter.

While it is good news that Prescott can return within a month, there is a very real chance that the Cowboys’ season will be out of reach by then. If the team gets off to an 0-4 start, they can kiss those playoffs, goodbye.