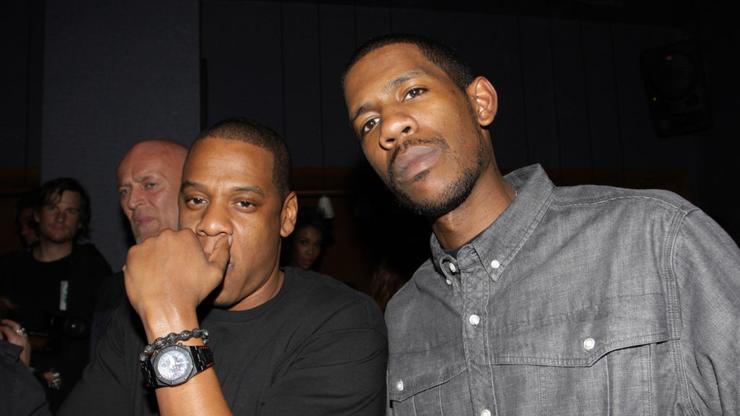 “Let’s be clear for the youth. Doing a song in one take is just a bonus of the level of talent. The song is what is important,” Guru wrote on Instagram earlier this week.

JAY-Z’s longtime engineer, Young Guru, revealed after the arrival of DJ Khaled’s GOD DID album that Hov recorded his iconic verse on the project’s titular track in just one take. While some haters and trolls online have doubted him, the 48-year-old came through with all the necessary receipts to prove them wrong.

On Sunday (September 4), the audio master shared two photos on his Instagram feed from the studio session during which they recorded the New York native’s bars, both of which show just one audio recording being captured for the entire duration of their work day.

“This is [the] first and last time I’m gonna do this,” Guru wrote to his followers, addressing those accusing him of capping. “I could care less if you believe me when I say that he did this @djkhaled verse in one take. Let’s be clear for the youth. Doing a song in one take is just a bonus of the level of talent. The song is what is important.”

The Delaware native went on to praise how much work JAY-Z puts into his lyrics before even entering the booth. “Questions like, ‘Are these the right words?’, ‘Are you going in the right direction?’, ‘Is this the best flow?’ are all answered and addressed mentally way before you record. Then you say the verse over and over in the control room to memorialize it.”

“Does Jay do EVERY verse in one take? No,” Guru clarified. “But has he done A LOT of verses in one take? Hell yes!!! I have no reason to [cap emoji]! Look at the zoom-in of the screen. There are no chops or breaks in that audio. This ‘I don’t believe you unless I see it’ thing is foreign to me. So here is your proof. It doesn’t matter if you believed me…..God Did!!!” he concluded his lengthy post.

As HipHopDX notes, during a Twitter Spaces hosted on August 31st, the father of three seemingly dismissed Guru’s claims about his legendary work in the booth, revealing that he thinks he cheated the verse’s delivery.

“So while we was waiting for you to send the beat, we was just playing the [loop] inside the control room; so I was going through it a couple [of] times,” the “Family Feud” artist said at the time. “I was just rapping over like, any part, it kept looping and drops was happening in the wrong place.”

Revisit DJ Khaled‘s “GOD DID” below.