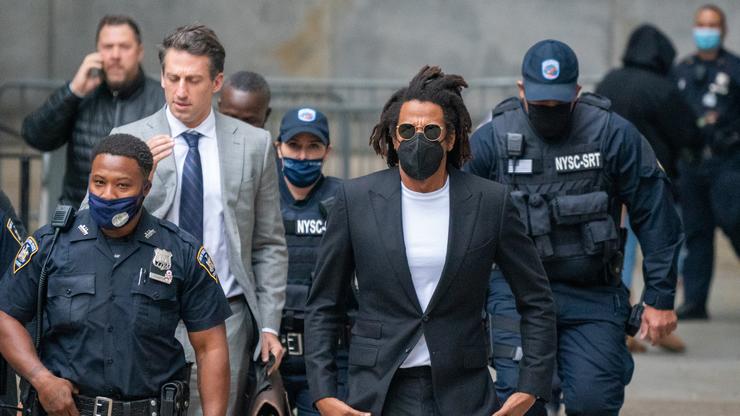 Hov made a rare appearance in court to fight claims he didn’t fulfill his contract with perfume company Parlux.

A couple of weeks ago, we reported on an ongoing lawsuit involving Jay-Z and perfume company, Parlux.

According to a lawsuit filed by Parlux, “which has accused the star of failing to properly promote his Gold Jay-Z cologne line,” The Blueprint rapper caused the company to accrue $18M in lost revenue. Hov, who says he did fulfill his Gold Jay-Z contract, countersued Parlux, claiming the perfume still ows him $2.7M.

After a rocky road that included missed deposition dates and Jay hiring a former police officer to investigate former Parlux CEO Donald Loftus (Loftus refused to testify over COVID-19 concerns), both parties appeared in Manhattan Supreme Court today and engaged in a hostile back and forth.

Hov maintained his innocence, and despite repeated questions about his involvement with the launch of Gold Jay-Z, maintained that he upheld his end of the bargain. But Parlux’s legal team, led by Anthony Viola, pressed Jay-Z and according to Rolling Stone, was “grilling Jay-Z each time on his knowledge of the document which laid out the rapper’s duties with regards to the perfume.”

A deposition revealed that Jay reportedly admitted that he was not fully aware of the requirements of the contract, but still, he stayed on the defensive, fighting off every attempt by Viola to throw him off. During his testimony, Jay said “It was so frustrating working with (Parlux), and that while he “wanted great products,” the perfume company “didn’t understand,” and claimed that Parlux furnished him “with inadequate accounting reports and promotional resources, among other things.”

It’s rare to see Jay-Z in court, and even rarer to see the 51-year-old going toe-to-toe with a corporate legal team, but that’s exactly what went down today in Manhattan. What happens from here is yet to be seen, but keep it locked to HNHH for any updates on this situation and, in the meantime, go play “Dirt Off Your Shoulder” for obvious reasons.