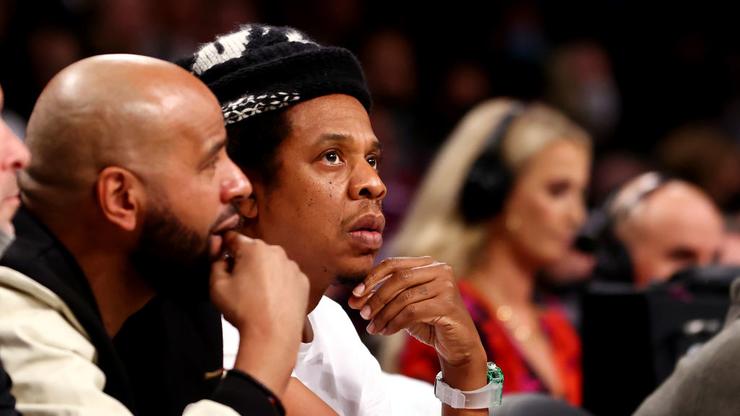 JAY-Z and LaMelo Ball had a conversation during halftime at the Nets/Hornets game.

LaMelo Ball has been spending time with some of the greats, recently chopping it up with JAY-Z during the Brooklyn Nets/Charlotte Hornets game on Sunday night.

The game took place at the Barclays Center, and JAY-Z was seated courtside. Taking in the game from the best seats in the house, Hov took some time to chat with one of basketball’s fastest rising stars at halftime before he went back to work, chopping it up with LaMelo Ball.

The pair’s conversation was not captured on microphones, but it looked to have included a lot of “Oh, okays” on JAY-Z’s part. As a Hornets’ television commentator was welcoming audiences back to the game, the camera focused on LaMelo’s meeting with the hip-hop legend as another commentator let out an excited “Ouuu” upon seeing them chatting.

Some people are trying to read JAY and LaMelo’s lips, guessing what they spoke about. As basketball fans attempt to put words in Hov and Melo’s mouths, some are joking that the rapper was asking about Big Baller Brand shipping times. Others are laughing and assuming that JAY was trying to hook Melo up with one of Beyoncé’s nieces. Of course, some people also think he was trying to recruit the Rookie of the Year to Brooklyn for his upcoming years in the league.

What do you think they were talking about? Check out a video of them at courtside below.