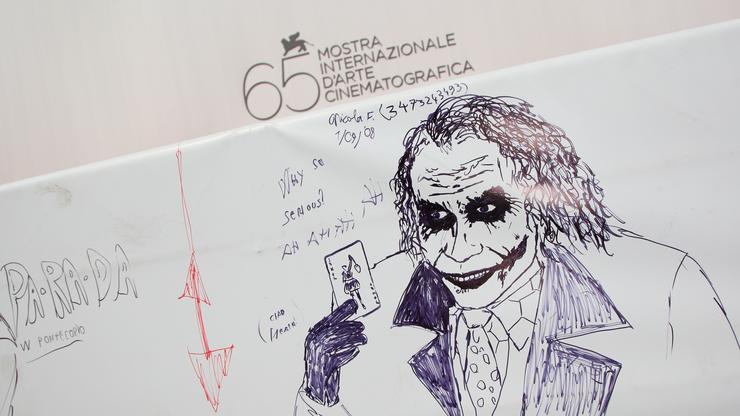 The man also allegedly attempted to set the train on fire.

A man in Japan took his Halloween costume way too seriously, TMZ reports. According to the gossip site, the alleged 24-year-old was riding a train on its way to Shinjuku station, dressed as the main character from Joker when he began randomly stabbing other passengers.

A graphic and disturbing video was uploaded to the news site showing patrons of the train literally running for their lives, hopping from one train car to the next as they eventually huddle up in a group on the opposite end, very obviously frightened, as anyone would be. The scene looks like something out of a movie, but unfortunately for victims, it was very real.

Witnesses shared that the criminal in costume appeared to be brandishing a long knife, seemingly smeared in blood. Seeing that today is Halloween, many people thought it was a festive joke or a part of the man’s look, until he started swinging it and wound up stabbing upwards of 10 people.

After that, our Joker poured an unknown liquid around the interior of the train, attempting to set it on fire. Some of the footage obtained shows a build up of smoke arising as passengers pull themselves out of windows in order to escape the attacker and fumes. TMZ’s article states that a minimum of 17 people were hurt in the incident.

When he finished his attack, the perp took some time to kick back and relax – crossing his legs as he lit up a cigarette and enjoyed a few puffs. While terrified onlookers filmed from the outside, the knife man stared back and smoked, seemingly unbothered by the chaos he had just created.

Authorities promptly arrived at the scene of the crime and arrested the unknown man on suspicion of attempted murder, among other things. Reports say that he mostly cooperated with authorities, allowing himself to be taken into custody.

The motive behind the Joker’s attack has yet to be determined, but be sure check back in with HNHH for more updates at a later time. If you’re wanting to see the more graphic footage obtained by TMZ, you can find it at this link.