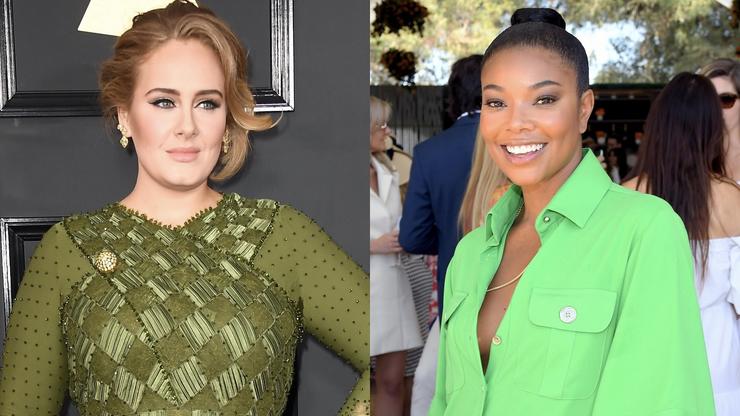 Gabrielle Union is the queen of legendary Halloween costumes.

As much fun as it is to see what costumes adults come up with on Halloween, the real charm lies in the kid’s looks – it’s their holiday, after all. This year, Gabrielle Union got in on the fun with her two and a half-year-old daughter, Kaavia James, who she dressed up to look like “Easy On Me” singer, Adele.

“@adele New album dropping soon,” Union captioned her Instagram post, which includes pictures of Kaavia in a black dress with puffy white sleeves and eye-catching cold earrings, just like Adele’s outfit at the wedding of Anthony Davis from the Los Angeles Lakers and Marlen P back in September.

On Sunday, the Being Mary Jane actress dressed her little girl up in a completely different costume, this time honouring Kaavia’s “[obsession] with zombies, ghosts and monsters.” In a clip also posted to social media, the starlet cleverly put together a skit showing her, her husband Dwyane Wade, and their child as spooky creatures.

“Perfect way to bring my birthday week to a close. #HappyHalloween @kaaviajames @dwyanewade Be Safe out there good people,” the 49-year-old captioned a sweet family photo.

In past years, Union has also cemented her reputation as the queen of Halloween by bringing out her iconic Bring It On costume, 19 years after the original film aired. As you may have guessed, she looked as good as she did two decades ago. See for yourself below.